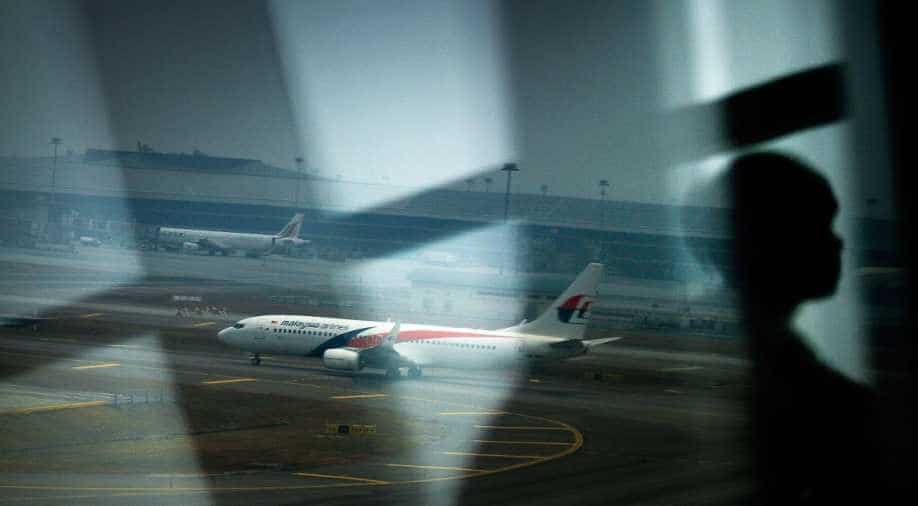 Authorities believe the plane had no 'inputs' during its final descent, meaning there was no pilot or no conscious pilot. Photograph:(Getty)
Follow Us

A report by the Australian safety investigator leading the search into the missing Malaysia Airlines Flight MH370 says the aircraft descended rapidly after running out of fuel with no human intervention, Reuters reported.

MH370 disappeared in March 2014 on its way to Beijing from Kuala Lumpur with a total of 239 passengers and crew onboard in what is being dubbed one the world’s greatest aviation mysteries.

The report released by the Australian Transport Safety Bureau (ATSB) released on Wednesday said analysis of debris from a wing flap showed the aircraft was not prepped for a landing.

It said satellite communications from the aircraft were consistent with it being in a "high and increasing rate of descent" when it vanished.

The 28-page report contains new end-of-flight and drift simulations that suggest experts believe the current search area is the most likely to contain the crash site.

The report comes at the start of a three-day meeting of international experts to develop potential plans to continue the search.

ATSB’s search director  Peter Foley told the  media on Wednesday that analysis of a wing flap had "enhanced certainty" about what had happened.

"It was probably in a non-extended position which means the aircraft wasn’t configured for a landing or a ditching," said Foley, referring to the practice of extending wing flaps to allow an aircraft to travel safely at slower speeds in preparation for a landing, Reuters reported.

"You can draw your own conclusions as to whether that means someone was in control or not."

Authorities believe the plane had no "inputs" during its final descent, meaning there was no pilot or no conscious pilot. They believe it was on auto-pilot and spiralled when it ran out of fuel.

Meanwhile, a lawyer for the families of four Australian victims has told Reuters that Malaysia Airlines has agreed to release information about the missing plane as part of a compensation case.