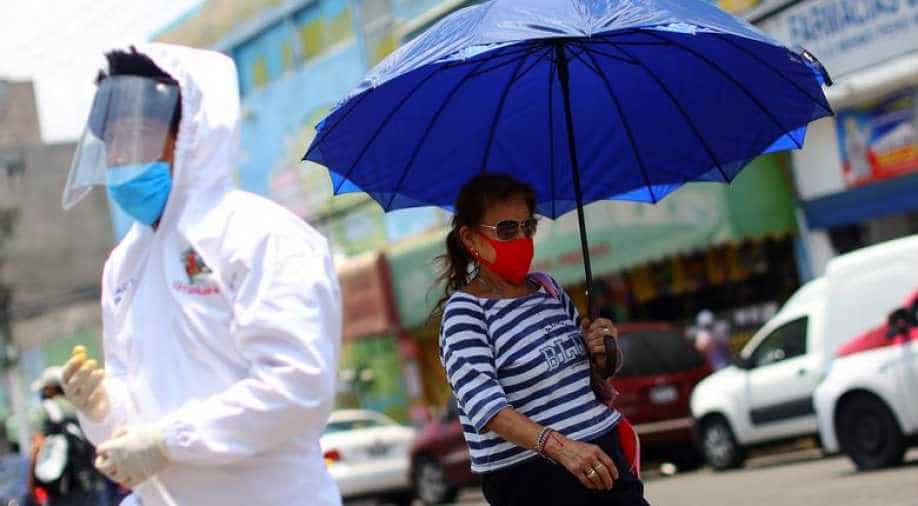 A surge in coronavirus infections following the year-end holidays has left a growing number of Mexicans struggling with feelings of guilt or resentment over deaths that could have been avoided.

A retired teacher is among those grieving after her sister caught the virus at a small New Year's party.

Family members believe that she was infected by someone who took a gamble and joined the celebration while awaiting the result of a test for a suspected coronavirus infection.

"The person didn't want to be alone so didn't say anything and infected everyone," said the woman, who asked not to be named.

As is often the case, recriminations quickly flew over who was responsible.

"I tell my niece to forget about grudges. Nothing will bring her mother back," the woman said.

Mexico has paid a heavy human price for social gatherings over Christmas and the New Year, despite pleas from the authorities to avoid going to parties and stay at home.

January was the country's deadliest month of the pandemic yet, largely due to the year-end celebrations, government officials say.

Mexico has one of the world's highest Covid-19 death tolls, at nearly 174,000, along with close to two million known cases.

Infections and deaths have prompted questions, recriminations and a search for who is responsible, said psychotherapist Francesca Caregnato.

Also read| 'That didn’t occur': UK PM Boris Johnson was sure he would survive coronavirus

"When there's a loss it's difficult for the family not to point the finger at others, or themselves," Caregnato said.

"The guilt is very heavy, but it doesn't help in the grieving process," she said.

On December 28, Mexican singer-songwriter Armando Manzanero died after catching the virus at his 86th birthday party. His age and diabetes were both risk factors.

"I see the photo of 30 people with no face masks and say, 'What an irresponsible thing,'" his son Juan Pablo Manzanero told the Reforma newspaper. "Everyone there got Covid."

Caregnato recommends not losing perspective in cases where the virus is only a "trigger" for deaths from old age or chronic illnesses.

A domestic worker was left wracked with guilt after she infected five members of the family that employed her.

She caught the virus while visiting her sick father over the New Year holidays.

"I know it wasn't intentional, that sometimes you don't even know how you get it, but yes, it made me mad. I talked about Covid a lot with her," said her employer, 36-year-old lawyer Penelope Gutierrez.

"I paid her extra not to use public transport. I told her if she or any of her relatives felt ill not to come and I would keep paying her," said Gutierrez, who was hospitalized with her mother for a week.

Another family is still asking itself whether it did the right thing taking a relative to an overcrowded public hospital where she spent a month intubated until her heart gave up.

"It was made worse by a hospital infection. My brother wonders, 'What if she had gone to her usual doctor?'" said a family member.

Talking about the loss with friends, family or a therapist helps to ease the sense of guilt, Caregnato said.

"It's an outlet," she said. "It allows us to connect with the emotions and the actions that have been taken. And in therapy, by asking them questions, the idea is that the person can find answers."