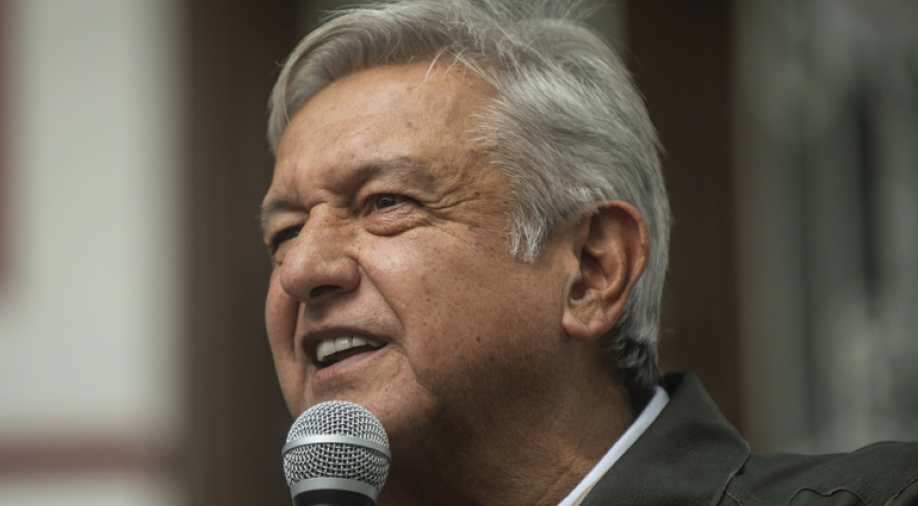 Political analysts have been critical of Lopez Obrador's vague plans.

Andres Manuel Lopez Obrador will be sworn in as Mexico's next president Saturday, as a country fed up with corruption, crime and poverty seeks a new direction under the divisive anti-establishment leftist.

The man widely known as "AMLO" won Mexico's July 1 elections in a landslide, and his coalition -- led by the party he founded four years ago, Morena -- took strong majorities in both houses of Congress.

It was the biggest win for any president, and the first for a leftist, since Mexico transitioned to multi-party democracy in 2000.

As the sharp-tongued, silver-haired leader prepares to slip on the presidential sash for a six-year term, the question is: what will he do with that mandate?

Lopez Obrador, 65, has been short on specifics of how he plans to deliver the "transformation" he promises.

He inherits a sticky set of problems from his unpopular predecessor, Enrique Pena Nieto.

They include endemic corruption, gruesome violence fueled by Mexico's war on drug cartels, and the caravan of 6,000 Central American migrants camped at the US-Mexican border -- not to mention the minefield that diplomacy with Mexico's giant northern neighbor has become under President Donald Trump.

Facing crises on multiple fronts, Lopez Obrador is promising a presidency like no other in Mexican history.

But critics fear his government will be one of radicalism and authoritarian tendencies. The business world is particularly nervous: the Mexican peso and stocks have plunged since the election.

However, the former Mexico City mayor has not lost his popular support. His approval rating is 66 percent, according to a poll published Monday by newspaper El Financiero.

"I think he still has a fairly romantic honeymoon ahead of him -- but there are signs his support could deteriorate very quickly," said Mexico specialist Duncan Wood of the Wilson Center in Washington.

The biggest warning sign: jitters over the future of Latin America's second-largest economy.

But the five-month transition period has been bumpy.

Lopez Obrador incensed business leaders when he announced he would cancel construction of a new $13-billion airport for Mexico City, after holding a referendum on the issue that was plagued by irregularities.

Moves by lawmakers in his coalition to slash banking fees and bring pension funds under state control have also stoked fears.

Mexican stocks have lost more than 12 percent since his election. On Monday, they hit their lowest level since March 2014.

And on Wednesday, the central bank lowered its economic growth forecast for 2019, citing uncertainty over Lopez Obrador's policies.

Then there is the tricky matter of Trump.

The American president bullied the Pena Nieto administration with his vows to make Mexico pay for a wall on the border and brinksmanship in negotiating an updated trade deal between the US, Mexico and Canada -- which will ultimately be signed the day before Lopez Obrador takes office.

So far, Lopez Obrador and Trump have gotten off to a warm start. Trump said they had a "great talk" after the election, and reportedly even calls his new counterpart "Juan Trump" -- a nod to their shared populism and anti-establishment victories.

But Trump is pressuring Lopez Obrador on immigration, pushing a deal to keep asylum-seeking migrants in Mexico while their claims are processed in the United States.

The day after the inauguration, Lopez Obrador's foreign minister, Marcelo Ebrard, is due to meet with Secretary of State Mike Pompeo in Washington for talks on the issue.

"The policies coming out of Washington are putting Lopez Obrador in a very difficult situation," said Pamela Starr of the University of Southern California.

"That said, while Trump has bashed the migrant caravan... he has never bashed Lopez Obrador. That gives me pause to think that potentially the two of them might be able to work something out."

Political analysts have been critical of Lopez Obrador's vague plans.

Despite promising sweeping change, he has offered few new policy ideas on his key issues: fighting corruption, crime and poverty.

For his highly energized voter base, that does not seem to matter -- for now.

"He has generated very high expectations. It will take people a while to figure out who their new president really is."