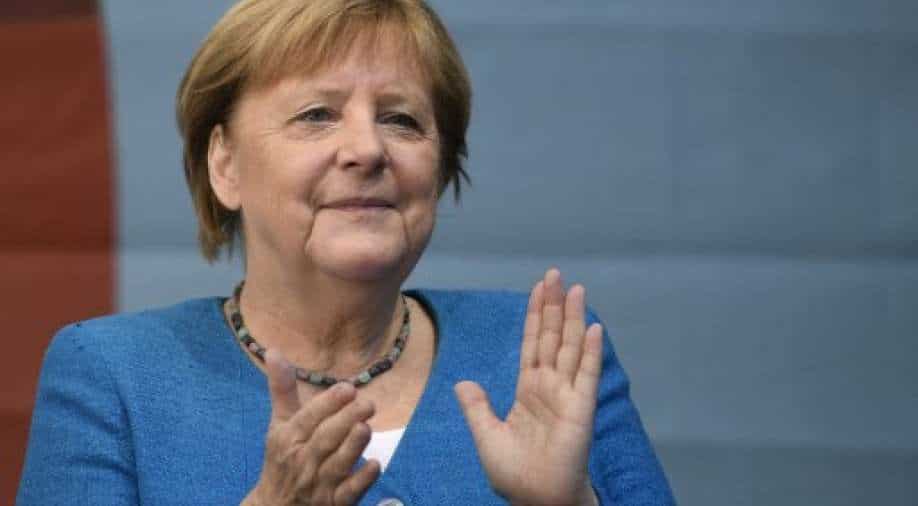 This is a file photo of Angela Merkel. Photograph:( AFP )

One survey published by ZDF Politbarometer on Thursday put support for the CDU at 38% in Schleswig-Holstein, widening the gap with the Social Democrats (SPD) and the environmentalist Greens, which both stood at 18%.

Another term for 48-year-old Guenther, who polls show is the most popular state premier in Germany, could strengthen the role of moderates within the CDU, in a counterpoint to their more right-wing leader Friedrich Merz, CDU sources told Reuters.

After casting his vote in a polling station in Eckernfoerde, a relaxed-looking Guenther told TV reporters he hoped the sunny weather on voting day would bring a high turnout.

More significant will be elections next week in Germany's most populous state of North Rhine-Westphalia (NRW), where the SPD and CDU are running neck and neck.

A loss by the conservatives in NRW, after losing in March in the tiny western state of Saarland, would be a significant blow to the party.