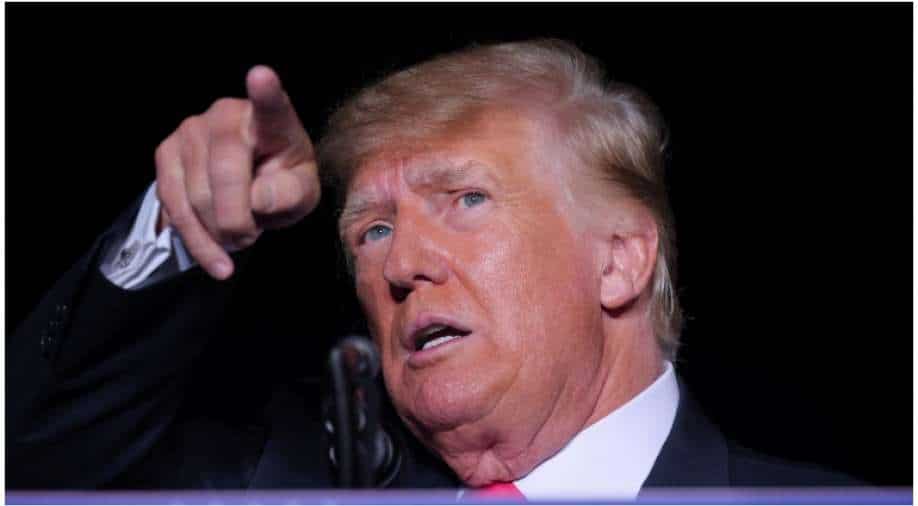 For all our division, there’s a pretty broad consensus that the country is, psychologically, in an awful place.

In the last few years the hideous state of our politics has often kept me up at night, but until recently I thought I was an outlier. Even when I’ve written about political despair as a problem for Democrats, I assumed it was something that applied to activists and base voters, the sort of people who go through their days silently cursing Joe Manchin. But a striking new study from Kevin B. Smith, chair of the political science department at the University of Nebraska, Lincoln, suggests the universe of people who find our politics a torment might be much larger than I’d realized.

“Politics is a pervasive and largely unavoidable source of chronic stress that exacted significant health costs for large numbers of American adults between 2017 and 2020,” writes Smith in “Politics Is Making Us Sick: The Negative Impact of Political Engagement on Public Health During the Trump Administration.” “The 2020 election did little to alleviate those effects and quite likely exacerbated them.”

Around 40 per cent of Americans, he found, “consistently identify politics as a significant source of stress in their lives.” Shockingly, about 5 per cent have considered suicide in response to political developments. Smith told me he was sceptical of that figure when he first calculated it, and still isn’t wholly sure it isn’t a statistical fluke, but it’s remained fairly consistent in three surveys. (After publishing results from the first survey a few years ago, he said, he got a call from someone who worked at a suicide hotline who reported experiencing an uptick in calls after the 2016 election.)

I’m fascinated by Smith’s work for a couple of reasons. The first is partisan. People from both parties reported that political stress during the Trump years has damaged their health, but Democrats have, unsurprisingly, had it worse. While Donald Trump was in office, they were able to turn their rage and fear into fuel, but I’m not sure how sustainable this is. The more politics becomes a pageant of infuriating Democratic impotence in the face of relentless right-wing spite, the more I fear people will disengage as a means of self-protection.

But I’m also interested in the role politics plays in the disastrous state of American mental health, which is one of the overarching stories in the country right now. For all our division, there’s a pretty broad consensus that the country is, psychologically, in an awful place. According to a recent USA Today/Suffolk University poll, almost 9 in 10 registered voters believe there’s a mental health crisis in the United States. The crisis expresses itself in all sorts of ways: in rising rates of youth suicide, record overdoses, random acts of street violence, monthslong waiting lists for children’s therapists, mask meltdowns, QAnon.

I’ve long thought that widespread psychological distress — wildly intensified by the pandemic — contributes to the derangement of American politics. But maybe the causality works the other way, too, and the ugliness of American politics is taking a toll on the psyche of the citizenry.

Smith first surveyed a sample of around 800 people about politics and mental health in March 2017. As he wrote in a 2019 paper, he found fairly high levels of affliction: Besides the 40% who said they were stressed out about politics, a fifth or more reported “losing sleep, being fatigued, or suffering depression because of politics.” As many as a quarter of respondents reported self-destructive or compulsive behaviours, including “saying and writing things they later regret,” “making bad decisions” and “ignoring other priorities.”

At the time, he thought he might just be capturing the shock of Trump’s election. But his next two surveys, in October and November of 2020, showed similar or greater levels of misery. Now, those were also moments of febrile political activity; perhaps if Smith had surveyed people in 2018 or 2019, he’d have found less political angst. Nevertheless, his findings suggest that there are tens of millions of Americans who’ve felt themselves ground down by our political environment.

In some ways, this is surprising. Most people aren’t political junkies. The majority of American adults aren’t on Twitter, which tends to drive political news microcycles. Even in an election year, more people watched the 30th season of “Dancing With the Stars” than the most successful prime-time shows on Fox News, the country’s most-watched cable news network. As political scientists Yanna Krupnikov and John Barry Ryan wrote in The New York Times, most Americans — “upward of 80%-85% — follow politics casually or not at all.”

Smith doesn’t dispute this. But he speculates that even those who aren’t intensely interested in politics are still affected by the ambient climate of hatred, chaos and dysfunction. “What I think is going on is that politics is unavoidable,” he said. “It is essentially a permanent part of the background noise of our lives.”

Of course, the last thing a political scientist — or, for that matter, a liberal columnist — would tell you is that you should totally tune that noise out. It is depressing to live in a dying empire whose sclerotic political institutions have largely ceased to function; this is a collective problem without individual solutions. There’s an awful dilemma here. Anyway out of the gloom of our current political situation will almost certainly involve even more politics.