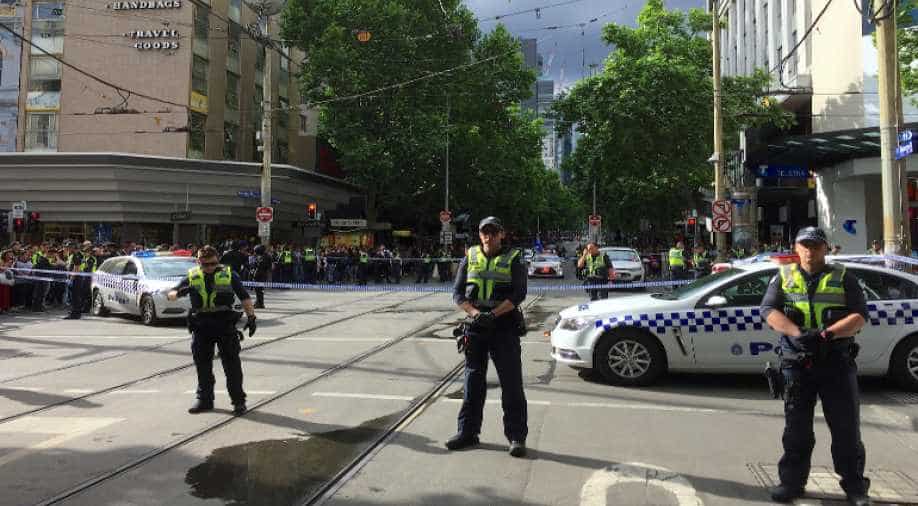 A man who killed one person in a terrorist attack in the Australian city of Melbourne was known to police and was the brother of a man arrested on terror charges last year, Australian police said on Saturday.

A man who killed one person in a terrorist attack in the Australian city of Melbourne was known to police and was the brother of a man arrested on terror charges last year, Australian police said on Saturday.

The Somali-born man, 31, set fire to a pickup truck laden with gas cylinders in the centre of Melbourne on Friday and stabbed three people, killing one, before he was shot by police.

Local media had named the man on Saturday, but police did not confirm his identity. Victoria Police Commissioner Graham Ashton said in a television interview that the man`s brother was arrested last year on charges of planning an attack in Melbourne and is in jail awaiting trial.

"He is certainly someone who is known to both us and the federal authorities in relation to counter-terrorism and terrorism-related matters," he told Channel 7`s Sunrise programme.

"He is the brother of an offender or a suspect that we arrested late last year in relation to the preparation of a terrorist event."

The cylinders did not explode and the fire was put out in 10 minutes, by which point the attack was over, though not before the man had fatally wounded one bystander.

Bourke Street was reopened to the public on Saturday morning.

In two television appearances on Saturday, Ashton was not asked about Islamic State`s claim of responsibility for the attack, issued on Friday via its news agency Amaq, and police had earlier declined to comment on it.

Video posted to Twitter and broadcast on television showed the man swinging a knife at two police officers, before he collapsed when one shot him in the chest. He later died in hospital.

"People were confused more than anything because Australians are not used to that kind of stuff," witness Daniel Rachbuch told Sky News on Saturday.

A staunch US ally, Australia has been on alert for such violence after a Sydney cafe siege in 2014, and its intelligence agencies have stepped up scrutiny, though Ashton said there was no warning of the latest attack.