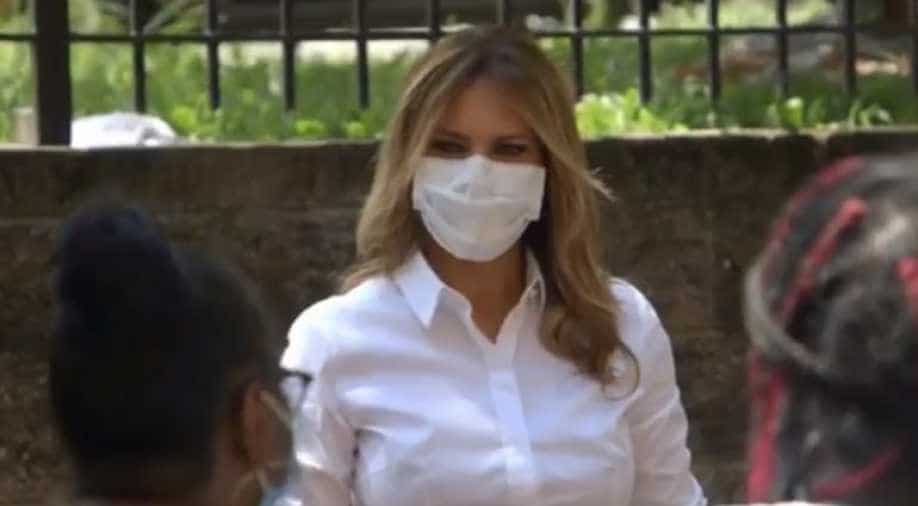 She also accused Wolkof of secretly recording private information to write 'a book of idle gossip trying to distort my character.

The First lady Melania Trump has penned a 'heartfelt' letter on the White House's official website asking the nation and the media to concentrate on more important things rather than books penned on her.

In her second letter ever, she started with talking about how she has recently taken the path of self-reflection. "Over the last couple of weeks, I have had time to reflect on many things personal to me. One of the most honorable and important roles I have ever undertaken has been serving you, the American people, as the First Lady of this country."

In the letter she aims to talk about her initiative to teach children through 'Be Best' that "serves to provide the tools children need to prepare them for their futures."

However, her letter quickly turned towards  the recent publication of a tell-all book titled, 'Melania and Me' by her friend turned foe Stephanie Winston Wolkoff.

Trump, without naming the writer, said her initiative to help children has been lost in the noise of this book written by a woman who "hardly knew me, and someone who clung to me after my husband won the Presidency."

She also accused Wolkof of secretly recording private information to write "a book of idle gossip trying to distort my character."

The First Lady also said that Wolkoff's accusation of Melania Trump being responsible for her bad health are false and the writer should evaluate her "dishonest behaviour".

She also took a shot at the media houses that covered the news around the book. Without naming anyone Trump said, "These kinds of people only care about their personal agenda—not about helping others."