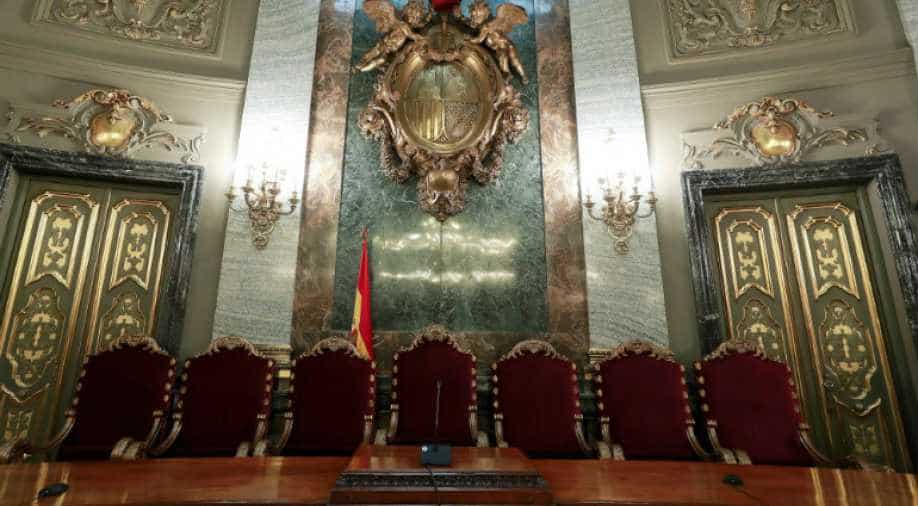 Those who have the toughest jobs are the ones who represent political leaders who have not given up their political aspirations.

A dozen Spanish lawyers were preparing on Thursday for what looks set to be the court appearances of their lives as they hone the defence cases for Catalan separatist leaders who are facing serious charges after having held an illegal regional referendum and spearheaded a bid to secede unilaterally from the rest of Spain.

More than 600 journalists from over 170 different international media organisations have been accredited to cover a legal milestone that Spain's media has already labeled as the trial of the century because it has taken such a high political significance.

Around 2.25 million people turned out in the 2017 referendum across Catalonia and 90 percent favoured a split from Spain while nearly eight per cent of the 5.3 registered voters rejected independence. Many opponents to the vote did not cast their ballots, left them blank or void, regional authorities said.

However, the Spanish judiciary found the referendum was illegal because it went against the country’s constitution and the separatist movement's leaders were thus tried under criminal, not civil, law.

Spain's public prosecutor on November 2 filed rebellion charges against the leaders who are currently in pre-trial detention and who face sentences of up to 25 years, although the deposed president of the Catalan government, Carles Puigdemont, was in self-imposed exile in Belgium and will, for the moment, not face trial.

The case is set to start on February 12 at Spain's Supreme Court, a palatial former royal convent in the heart of Madrid, and the lineup of defence lawyers is almost as varied as the politicians and activists they are to represent.

While the legal representatives will all wear traditional togas in court and have cultivated an image of unity, they are in fact working on quite disparate strategies, varying in approach from the most technical to the most ideological, and not all lawyers share political affinities with their clients.

Those who have the toughest jobs are the ones who represent political leaders who have not given up their political aspirations, such as Oriol Junqueras, the former vice president of the Catalan government who belongs to the Republican Left of Catalonia party (ERC) and former regional lawmaker Jordi Turull.

Both have stated that they would continue in politics despite being currently behind bars.

A lawyer for the ERC party, Van den Eynde, an expert in cybercrime and criminal liability, is one of the youngest lawyers who will be present at the Supreme Court. He gave legal advice to the Catalan republican formation on how to avoid fraud charges.

He was born in 1975 in Paris, to where his father had fled to escape the dictatorship of Spanish Gen. Francisco Franco, and his ancestors hailed from Flemish lands in northern Belgium. Both his parents were Trotskyists.

He began his professional career at the law firm Luis del Castillo, before setting up his own law firm.

He is active on Twitter, where he reels off posts that usually contain subtle double-meanings and in his spare time, he is a guitarist in the trash metal band "Vientos de Poder."

Van den Eynde's defence cases usually carry a hefty political charge and he often takes them to the European Court of Human Rights in Strasbourg.

He is known to have high hopes of taking the Catalan case to that court.

Pina is perhaps the most media-savvy lawyer in this group, as he has often been seen on television arguing that the treatment meted out by the Spanish authorities on the separatist leaders has been overly harsh.

He works at the prestigious law firm Molins & Silva and there have been few cases of political corruption that Pina has not been involved in, to some extent.
Pina is loquacious and possesses a vehement style that enables him to shine in the final summings-up.

Pina was elected in 2017 as vice-dean of the Bar Association of Barcelona and in his spare time is known to enjoy hiking in the mountains and looking for mushrooms.

Melero is unusual in this group as he has not formed any part of the separatist or republican tendencies of others who will appear in court. Some 15 years ago he frequented the meetings that led to the foundation of the business-friendly, right-of-center, Ciudadanos (Citizens) party that today stands at the opposite end of separatism.

Despite this, like Pina, the 61-year-old Melero is a long-time defender of pro-independence activists who have found themselves on the wrong side of the law like Oriol Pujol, the embattled former treasurer of the Catalan nationalist Democratic Convergence of Catalonia party.

He is a fan of the sport of boxing and his trademark tortoiseshell glasses lend him a certain British air that matches his renowned predilection for irony which he displays in public, in court and, often, also in his writings.

Melero does not favour appearing in the media, although he unwittingly became a household name when he defended the former Catalan president, Artur Mas, who is regarded by many as the architect of Spain’s current separatist woes with regards Catalonia.

Forcadell's lawyer worked for nine years in the Molins office before embarking, in 2007, on her solo career as the founder of the MDA law firm and is known to be the soul of discretion.

Born in Berga (Barcelona) 43 years ago, Arderiu has been a board member of Barcelona’s Bar Association for two years, where she was a member of the Commission of Women Lawyers and has a long career in areas such as gender violence and gender policy.

Roig is the lawyer who has been least exposed to the media. This heavyweight case will be her first before the Supreme Court.

She has previously made a name for herself in fraud and money laundering cases.

She is a founding partner of the firm Roig & Bergés & Martínez and president of the criminal section of Barcelona’s Bar Association.

Like Van den Eynde, she has her sights set on Strasbourg.

Bassa is a co-founder of the Marina Roig law firm and has a track record of defending large companies and multinationals.

He is an associate professor of Criminal Law at the University of Barcelona where he lectures on masters degree courses and is well known as an expert in criminal compliance.

Mondo has made a career of defending high profile clients including politicians, businessmen, bankers and athletes, such as soccer star Samuel Eto'o.

The 51-year-old is known for having an impeccable style inside and outside court, and is a member of the reputable Barcelona firm Morales Abogados.

He also lectures as a professor at the Autonomous University of Barcelona and Esade.

She is another of the lawyers trained in the Molins Advocats office, where she met Xavier Melero, with whom she set up her own law firm in 2009 that has become a benchmark for regional Catalan politicians investigated for corruption.

Born in the small town of Tora, Gene, member of the criminal law section of the Bar Association of Barcelona, also worked - during a three-year hiatus - at the renowned law firm Cuatrecasas de Barcelona.

Molins is a member of one of Catalonia’s most renowned families, which is also one of Spain richest.

He founded the law firm Molins & Silva in 1994 and since 2013 also been associated with the firm led by Miquel Roca, one of the most prestigious in Barcelona.

As a lawyer, he has defended the king of Spain’s sister, Infanta Cristina, and the ex-president of Barcelona soccer club, among others.