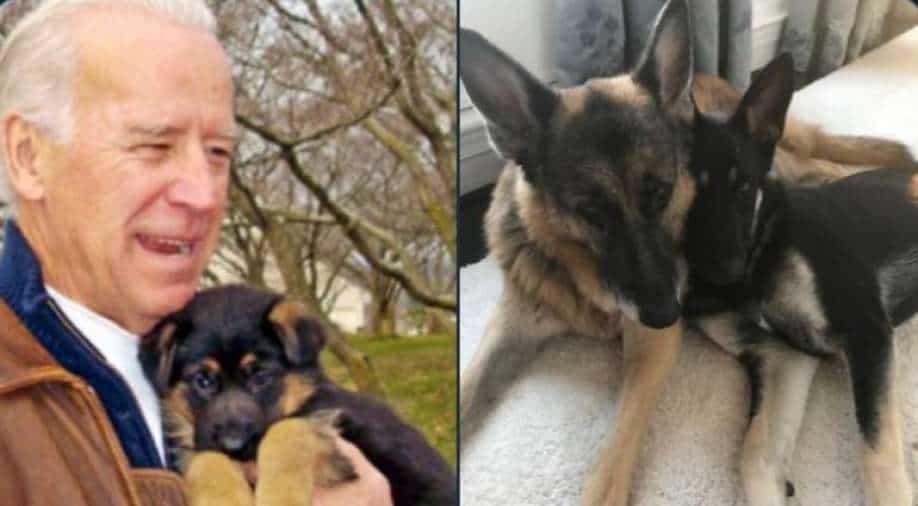 Joe Biden may have won the United States presidential elections, but his family dog - Major has won the hearts of the whole world.

The President-elect’s dog - Major will make history when the new First Family moves into the White House in late January.

This will mark the first time ever that a rescue dog would be in the White House. Under the incumbent President Donald Trump, White House was a pet-free zone.

No ruff days on the trail when I have some Major motivation.

US presidents have a long history of bringing their pets into the White House, but Major will be peculiar, for he’d the first rescue animal to ever live under the White House’s roof.

WHDH-TV reported that Major, belonging to the German Shepherd breed, was adopted by Joe Biden in 2018.

The Biden family’s other dog - Champ is not unfamiliar with the White House, where he spent a lot of time when Biden served as Obama’s Vice President.

No ruff days on the trail when I have some Major motivation.

On the course of campaigning for the elections, Biden had made it clear that animals would be let back into the White House once he assumes office.  “Put dogs back in the White House”, the former VP had said on Instagram.

Earlier, Sky News had reported that Major was adopted by the Biden family after being fostered by them for a while.

🐾 We’re so proud of our dad @JoeBiden, the first ever presidential candidate to receive 75 million votes. But Major will be setting a record of his own as he's the first ever rescue pupper to live in the WH. We’re gonna play all day & receive countless treats! #DOTUS #FirstDogs pic.twitter.com/o1Hsr7nZ8e

They had discovered Major after Biden’s daughter Ashley witnessed a Facebook post showing a litter of puppies that required a home at the Delaware Humane Association animal shelter.

Champ has been with the Biden since 2008. 30 American presidents have brought their dogs to the White House.