May only be a prelude to something much worse, says Polish PM on migrant row with Belarus 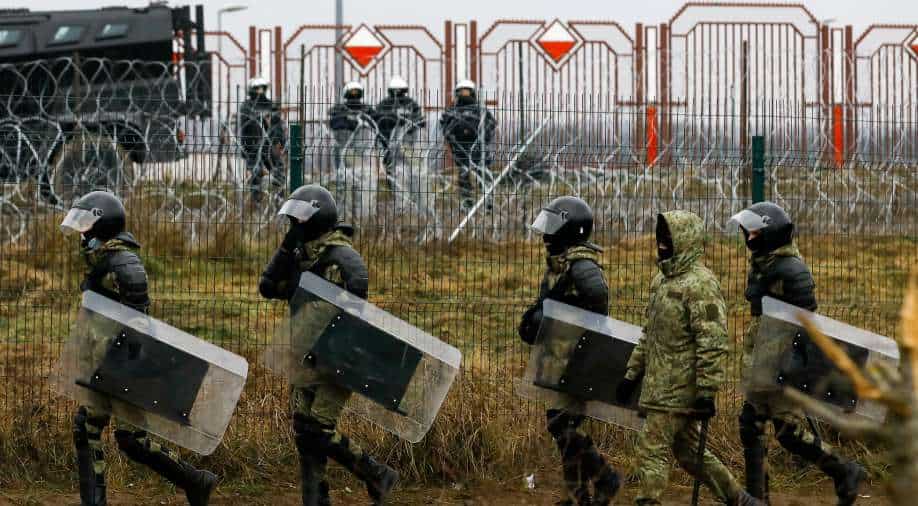 Polish guards at the border with Belarus Photograph:( Reuters )

Polish PM Mateusz Morawiecki visited the border areas amid tensions with Belarus over the migrant crisis while warning that the "may only be a prelude to something much worse".

The Polish prime minister said the "situation is getting more tense" as Belarus President Lukashenko said he is waiting for the EU to discuss the fate of the migrants stranded at the border.

Lukashenko said although German Chancellor Angela Merkel had "promised" to discuss the issue with the EU but it has not been taken up.

Meanwhile, Polish guards said hundreds of migrants tried to cross into the country from the Belarus side over the weekend.

The refugees reportedly threw stones as Polish border guard spokesman said Belarusian officers used lasers and flashlights to help the refugees to cross the border as some tried to enter but they were pushed back.

Western leaders have blamed Lukashenko for the tension at the border with Poland even as Belarusian opposition head Svetlana Tikhanovskaya asked EU leaders not to contact Lukashenko.

The Belarus president however insisted on Monday that he does not want a confrontation although he added that "we understand that if we go too far, war is unavoidable."

"And that will be a catastrophe. We understand this perfectly well. We don't want any kind of flare-up," Lukashenko was quoted by the local state-owned media as saying.