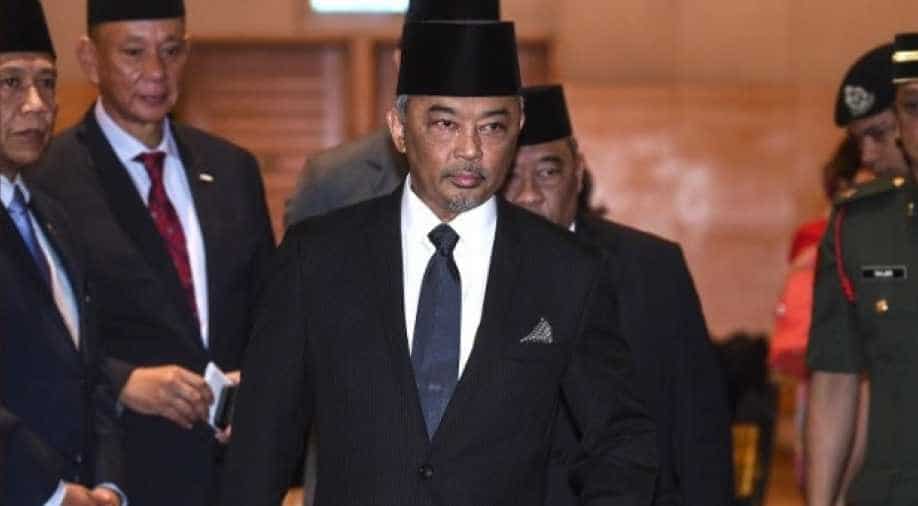 Local reports said the move was designed to pave the way for Sultan Abdullah to be chosen as the next king of Malaysia by the Council of Rulers, who will choose a new king on January 24.

A Malaysian state announced it had a new sultan Saturday, who is expected to be elected king after the former monarch abdicated following his reported marriage to a Russian former beauty queen.

Local reports said the move was designed to pave the way for Sultan Abdullah to be chosen as the next king of Malaysia by the Council of Rulers, who will choose a new king on January 24.

Malaysia is a constitutional monarchy with a unique arrangement where the national throne changes hands every five years between rulers of the country's nine states. Pahang state is due to provide the next ruler.

The country was thrown into shock Sunday when reigning king Sultan Muhammad V abdicated unexpectedly after just two years of rule, following reports that he married an ex-beauty queen in Russia in November during a purported two-month medical leave.

The abdication was the first for the country since its independence from British rule in 1957.

Royal officials have not commented on the reported wedding or said what condition prompted the former king to take the leave.

Sultan Abdullah Shah, 59, is a popular figure in the sports scene and is currently president of the Asian Hockey Federation and a council member of football's world governing body, FIFA.

While their role is ceremonial, Malaysia's royalty commands great respect, especially from Malaysia's predominantly Muslim Malays, and criticising them is regarded as offensive.

Portraits of the king and queen adorn government buildings throughout the country. The king is also the symbolic head of Islam in the nation, as well as the nominal chief of the military.

Malaysia's sultans trace a lineage back to the Malay sultanates of the 15th century. The king is referred to as Yang di-Pertuan Agong, or "He Who Is Made Lord".