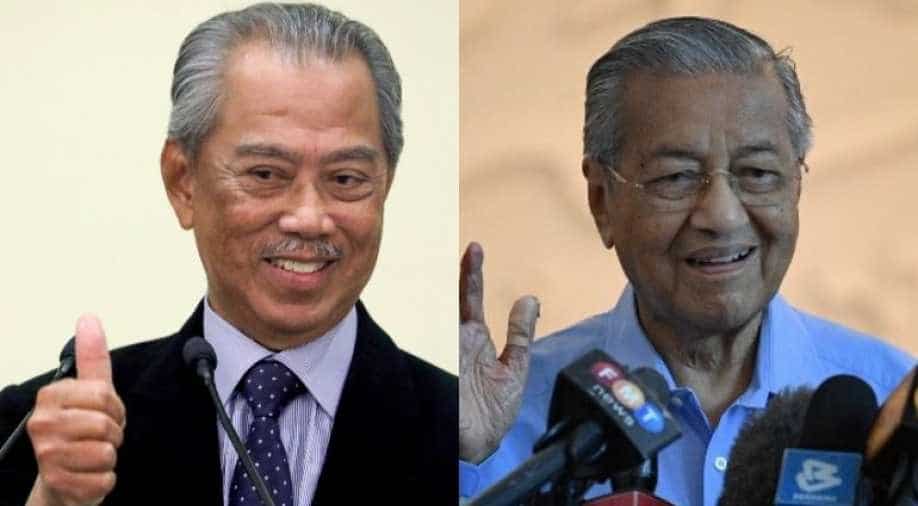 Muhyiddin's appointment comes as Malaysia deals with a downward-spiralling economy, as well as the impact of the coronavirus epidemic on trade and a crash in global oil prices.

Malaysia's new prime minister, Muhyiddin Yassin, extended an olive branch on Wednesday to the leader he recently replaced, veteran politician Mahathir Mohamad, calling on him to endorse the new government after weeks of political tension.

Mahathir, 94, sparked turmoil with his surprise resignation last month, shortly after his coalition partners were seen in talks with his opponents.

Muhyiddin, a former minister in Mahathir's cabinet, was later sworn in as prime minister on March 1, joining hands with the old ruling UMNO party - which lost a general election for the first time ever in 2018 - and the Islamist party PAS to form a new coalition.

In an interview published on Wednesday, Mahathir conceded that he no longer commanded a majority in parliament and would not win a vote of no confidence in the new prime minister, after some supporters abandoned him to join the new premier's camp.

In response, Muhyiddin said he had written to Mahathir to request a meeting and apologise to Malaysia's most prominent political figure, who ruled for 22 years between 1981 and 2003, before coming out of retirement to contest and win the 2018 election.

"I don't want that," he said. "People will not only curse, they will say this is not the right time. We are here to serve."

Muhyiddin's appointment comes as Malaysia deals with a downward-spiralling economy, as well as the impact of the coronavirus epidemic on trade and a crash in global oil prices.