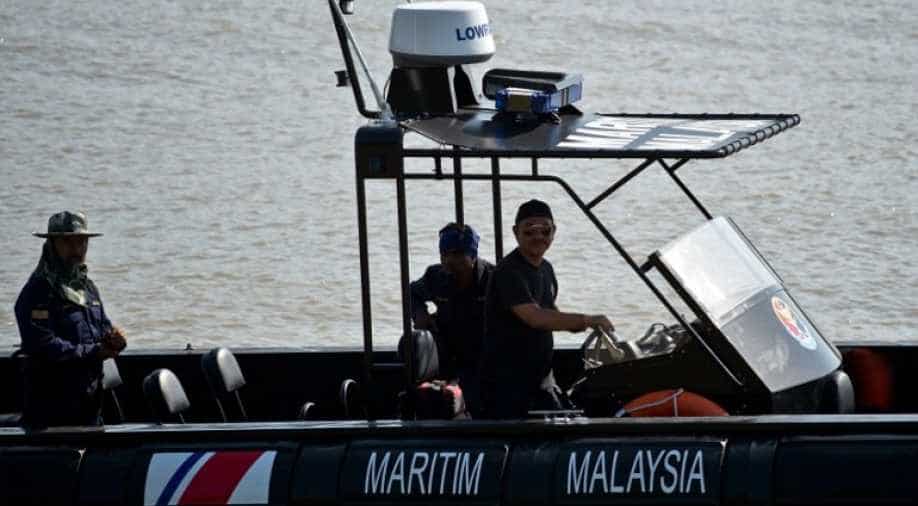 Five Chinese and one crew member are still unaccounted for, Shahidan told a press conference in Sabah. Photograph:( AFP )

Three Chinese passengers died and five are missing after a tourist boat sank in rough seas off eastern Malaysia, officials confirmed late on Sunday, with 22 people rescued following the shipwreck.

Twenty Chinese tourists and two of the vessel's three crew members were rescued and sent to a hospital in Kota Kinabalu after the boat sank off Malaysia's Sabah state on Borneo island, according to Malaysian officials.

The third crew member has not yet been found, bringing the total number of missing to six.

The sinking of the catamaran on Saturday, the first day of the Lunar New Year holiday, sparked a major air and sea search covering some 400 nautical square miles.

The mission was halted on Sunday night due to bad weather, but will resume early Monday morning, an official from the Malaysian Maritime Enforcement Agency (MMEA) said.

The boat owner reported it missing on Saturday evening.

The skipper and a crew member were found alive earlier Sunday off a nearby island, before the discovery of the other survivors.

"According to the skipper, the boat was 'broken' after being hit by waves and sank," Ahmad Puzi Kahar, head of the MMEA, said in a statement.

The search and rescue involved officers from the maritime agency, police, navy and air force.

It added that an emergency team, led by an official from Beijing's national tourism administration, had been set up to handle the incident.

China's foreign ministry said its consulate in Kota Kinabalu had contacted Malaysian authorities and urged them to do everything they could to rescue the tourists.

"Yesterday was the first day of the Chinese Lunar New Year and it should have been a happy day. Unfortunately, such a bad thing happened," China's consul-general in Sabah, Chen Peijie, was quoted as saying by Malaysia state news agency Bernama.

An earlier disaster involving Chinese visitors to Malaysia -- the unexplained disappearance of a Malaysia Airlines plane in March 2014 while en route from Kuala Lumpur to Beijing -- soured relations between the two nations.

Most of the 239 people on board were Chinese and Malaysian authorities were fiercely criticised for allegedly giving little or inaccurate information about the incident.
Saturday's shipwreck came about a week after another maritime tragedy off the southern Malaysian state of Johor.

Several bodies washed ashore at a beach near the east coast town of Mersing in Johor on Monday after a boat believed to be carrying some 40 Indonesian illegal immigrants capsized in rough seas.