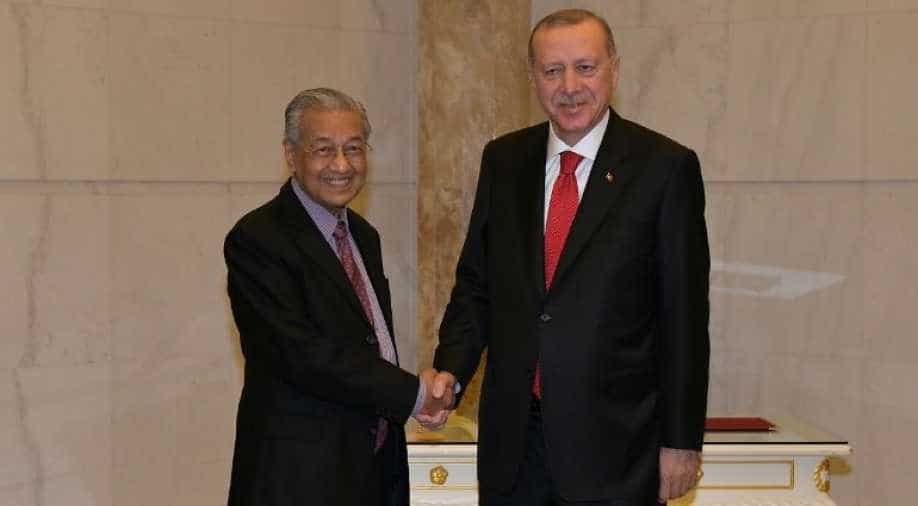 The Saudi King's refusal to attend and the late withdrawal of Pakistan from the event had left the hosts scrambling to soothe sensitive relations.

Hosting a summit of Muslim leaders, Malaysia's Prime Minister Mahathir Mohamad bemoaned the state of Islam and defended the meeting that has been shunned by Saudi Arabia and criticised for undermining the bigger Organisation of Islamic Cooperation.

Divisions in the Muslim world were self-evident as only about 20 countries sent leaders, or delegations to the Kuala Lumpur summit, though all 57 members of the OIC had been invited.

The Saudi King's refusal to attend and the late withdrawal of Pakistan from the event had left the hosts scrambling to soothe sensitive relations.

In welcoming remarks, Mahathir said the Kuala Lumpur Summit was meant to understand why Islam, the Muslims and their countries were "in a state of crisis, helpless and unworthy of this great religion".

It was unclear to what extent the leaders would discuss major geopolitical crises afflicting the Muslim world, ranging from the age-old disputes in the Middle East and Kashmir to the conflicts in Syria and Yemen, through to the plight of Rohingya Muslims in Myanmar and the alleged persecution of Uighur Muslims in China's Xinjiang region.

Mahathir said the summit, which will end on Saturday, should address the world's perceptions of Islam, the rise of Islamophobia, the decline of the Islamic civilisation and reforms in governance needed by Muslim nations.

"We are not discriminating or isolating anyone," he said in his welcome speech, watched on by leaders including Turkish President Tayyip Erdogan, Iranian President Hassan Rouhani and Qatari Emir Sheikh Tamim bin Hamid Al-Thani.

"We are attempting to start small and if these ideas, proposals and solutions are acceptable and proved workable, then we hope to take it up to the larger platform for consideration."

"We will have the opportunity to talk freely about our issues, from Islamophobia to terrorism, divisions, internal fights ravaging our region, and sectarian and ethnic conflicts,” Erdogan told the summit.

The OIC had said it was against the interests of the Islamic community to convene meetings outside the Saudi-based organisation, which has for decades acted as the collective voice of the Muslim world.

Both Mahathir and Erdogan have been frustrated by the OIC's past record of hand-wringing and failure to take firm action in support of Muslim causes.

Without mentioning the OIC by name, Erdogan said the biggest problem that platforms bringing the Islamic world together faced was a lack of implementation.

Some analysts also suspected that Saudi Arabia's reluctance to attend stemmed from the fear of being diplomatically isolated by regional rivals Iran, Qatar and Turkey, all of whom are attending the summit.

"Pakistan wants to become part of the solution and not part of the problem," Information Minister Firdous Ashiq Awan told reporters in Islamabad.