Macron vows to 'fight the divisions' in France 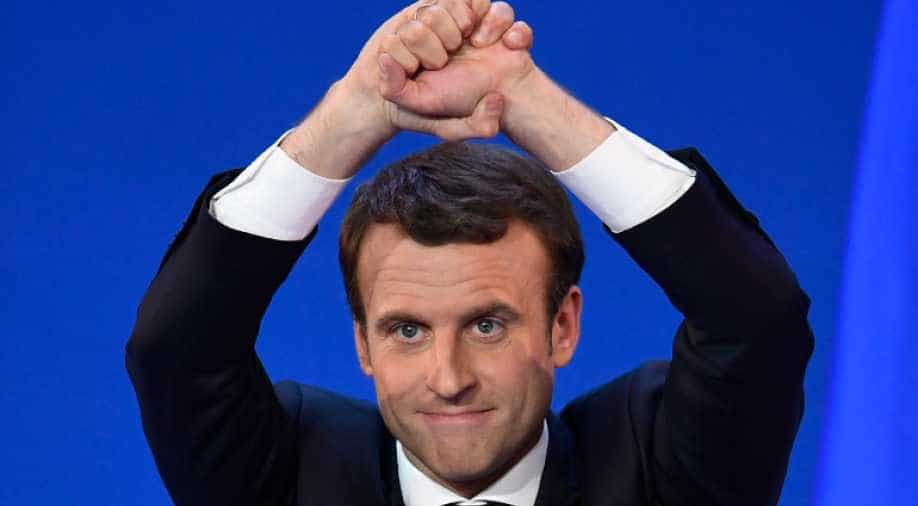 'I will fight with all my strength against the divisions that are undermining us,' he said. Photograph:( AFP )

In his first address after estimates indicated his victory in the French presidential elections on Sunday, pro-EU and centrist Emmanuel Macron said he would "fight the divisions" in the country.

"I have heard the anger, anxiety and doubts that a large number of you expressed,"  Macron said in a speech at his campaign headquarters in Paris, AFP reported.

"I will fight with all my strength against the divisions that are undermining us," he added.

Set to be France's youngest-ever president, the former economy minister vowed to work to "rebuild the link between Europe and its citizens."

"A new page in our long history is opening this evening," the centrist independent said, adding his presidency would be one "of hope and confidence regained".

"France will be at the forefront of the fight against terrorism," he said.

Congratulations poured in from leaders around the world.

"I called Emmanuel Macron this evening to warmly congratulate him on his election to the presidency," outgoing French President Francois Hollande was quoted as saying in a statement.

US president Donald Trump took to Twitter saying he is looking forward to working with Macron.

Congratulations to Emmanuel Macron on his big win today as the next President of France. I look very much forward to working with him!

British Prime Minister Theresa May said she looked forward to working with him on "a wide range of shared priorities".

I warmly congratulate @EmmanuelMacron on his success and look forward to working with him on a wide range of shared priorities.

German Chancellor Angela Merkel's spokesman said Macron's victory "is a victory for a strong and united Europe and for French-German friendship."

European Union  Council President Donald Tusk also offered his congratulations and said that the French had chosen "liberty, equality and fraternity" and "said no to the tyranny of fake news".

"Congratulations to @EmmanuelMacron, new president of #France. Let us work in France and Spain for a stable, prosperous and more integrated Europe," Rajoy said in a tweet.