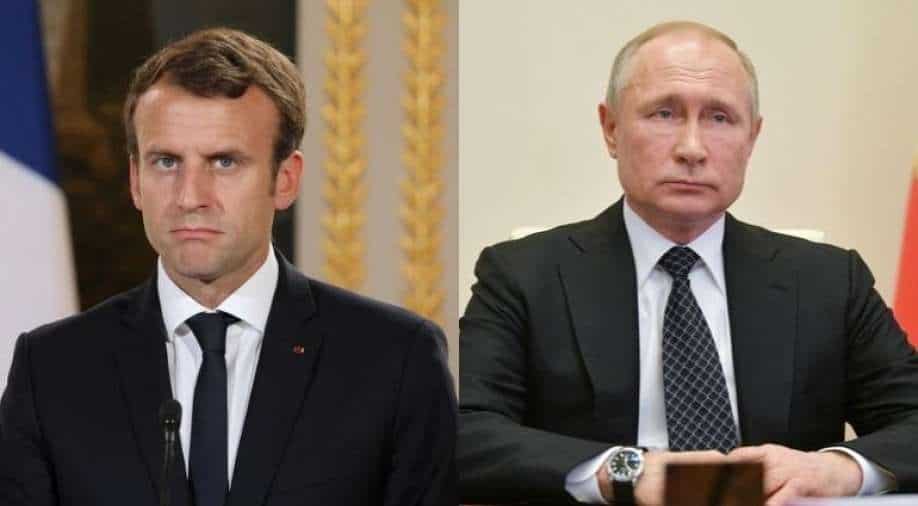 French President Emmanuel Macron refused a Kremlin request to take a Russian Covid test when he arrived to see President Vladimir Putin. There were many speculations as to why this was done. However, a Reuters report has now revealed that this was done to prevent Russia getting hold of Macron's DNA.

This is why Macron was kept at a distance from the Russian leader during the talks on the Ukraine crisis in Moscow.

"We knew very well that meant no handshake and that long table. But we could not accept that they get their hands on the president's DNA," one of the sources told Reuters.

"The Russians told us Putin needed to be kept in a strict health bubble," the second source said.

When asked specifically about DNA theft, Macron’s office, "The president has doctors who define with him the rules that are acceptable or not in terms of his own health protocol."

In an attempt to de-escalate the Ukraine standoff, Macron had met Putin in Moscow.

Ever since reports came out that Russia had amassed over 100,000 troops near the Ukraine borders, hectic diplomatic parlays have been taking place to defuse the tense situation.