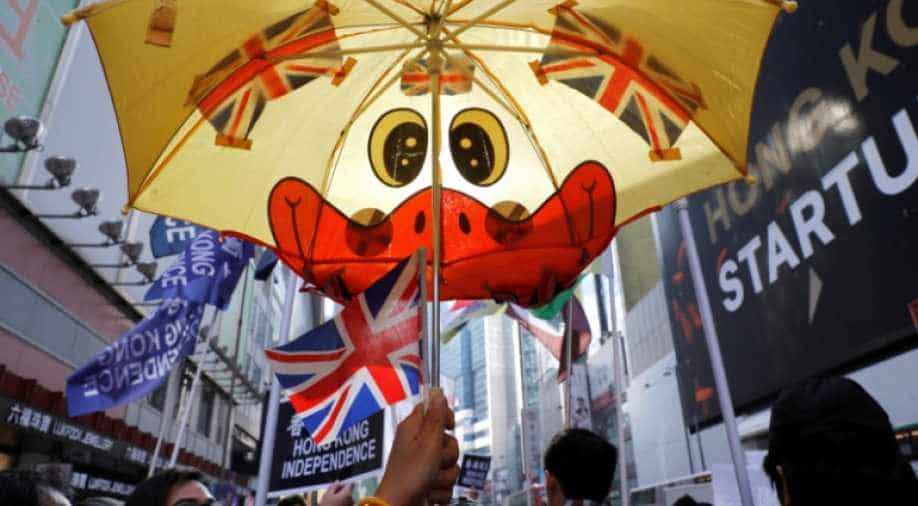 She was refused entry to Macau on Wednesday, a decision that took some by surprise because of Leung's less prominent public profile.

A former leader of Hong Kong's student-led Umbrella Movement protests has been refused entry to Macau as a "public security" threat in what critics said was a new escalation in Beijing's drive to curb the movement of dissidents.

Yvonne Leung, 25, was a prominent leader of the 2014 pro-democracy movement and the only female student leader to meet with senior government officials at the height of the rallies.

But in recent years she has retreated from the political frontlines.

She was refused entry to Macau on Wednesday, a decision that took some by surprise because of Leung's less prominent public profile.

Leung told AFP that the reason provided to her from authorities in Macau was "strong references that you intend to enter to participate in certain activities which may jeopardise the public security or public order".

She declined to provide further comment, including the purpose of her visit.

Like Hong Kong, Macau is a semi-autonomous part of China. Both cities have freedoms unseen on the mainland thanks to a temporary handover agreement struck by Beijing with the cities' colonial powers.

But activists and observers in both cities say Beijing's increased determination to assert control has led to an erosion of those freedoms and a widening array of movement restrictions on critics.

Hong Kong pro-democracy lawmaker Claudia Mo said Macau's refusal to allow Leung entry represented a "step up" in those tactics and sent "a chilling message that you have to pay your price for being disobedient, being a government critic".

"They try to have this cloud hanging over you," she told AFP.

Authorities in Macau did not reply to requests for comment.

Some prominent pro-democracy activists and Hong Kong journalists have in the past been barred from entering Macau, where the partially elected local government is loyal to Beijing.

Three writers, including bestselling "Wild Swans" author Jung Chang and investigative journalist Suki Kim, dropped out of the Macau Literary Festival last year after authorities there said they were likely to be barred.

Hong Kong has also ramped up the frequency and variety of people banned from entering. Recent examples include a Western journalist and a Taiwanese heavy metal band.