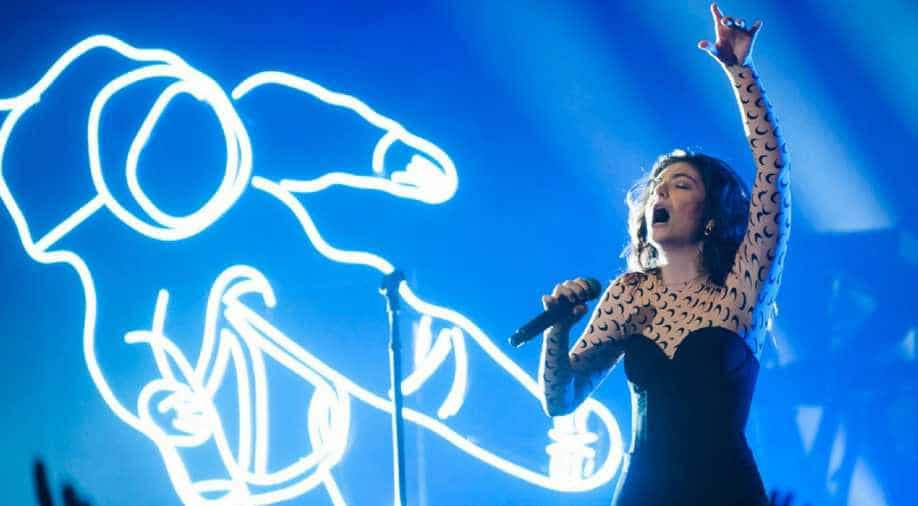 Lorde performs at a concert. (Source: BANG Showbiz) Photograph:( Others )

Lorde and Charli XCX lead the nominations for the VO5 NME Awards 2018, with four nods apiece.

The "Green Light" hitmaker - who made her return to the music scene last year - secured nominations in the Best International Solo Artist and Best Live Artist categories as well as a nod for Best Album for 'Melodrama' and Best Track for "Green Light".

Lorde will go head to head with Charli to battle it out for the Best Track award whilst the brunette singer also got a nod in Best Video for "Boys", Best Mixtape for "Pop 2" and Best British Solo Artist at the ceremony, which takes place at London's O2 Academy Brixton on February 14.

Alt-J, Kasabian, Wolf Alice, The 1975, The xx and Bastille will battle it out for Best British Band whilst Haim, The National, Foo Fighters, The Killers, Paramore and Migos received a nod in the Best International Band category.

After the tragic events of the Manchester terrorist attack, the tribute concert organised by Ariana Grande, One Love Manchester, has been nominated for Music Moment of the Year alongside The Killers' surprise Glastonbury set, Lady Gaga at the Super Bowl, Chester Bennington's tribute concert, Grime4Corbyn and Noel Gallagher playing 'Don't Look Back In Anger' at the re-opened Manchester Arena.

Ariana Grande's determination to return to Manchester after the devastating terror attack earned her a nod in the Hero of the Year category whilst actress Rose McGowan - who was one of the first people who spoke out to accuse Harvey Weinstein of sexual misconduct - also received a nod.

Liam Gallagher has already been confirmed to receive the Godlike Genius award at the ceremony at the O2 Academy Brixton, London on February 14.

Voting for winners is now open at awards.nme.com.