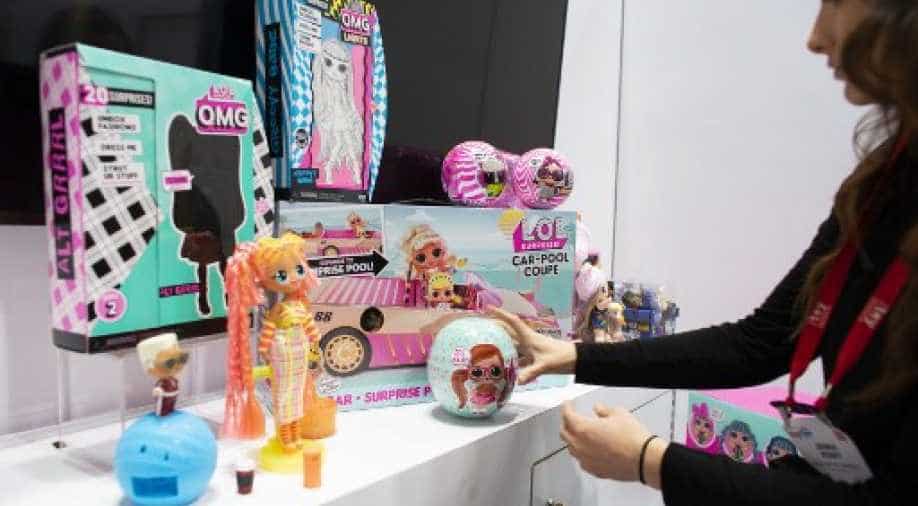 Toys on display at the LOL Surprise booth in New York Photograph:( AFP )

The idea behind the suprise toy was to cash in on the unboxing and collectable trend.

Has your child ever asked you to buy a happy meal just so that he or she could have the surprise toy?

All of us have been there, nagged our parents into buying a health drink so that we could have the free colouring set Cheetos and Tazos, including gems and surprise toys.

Collectables and surprises have been an intergral part of our childhood and Gen Z is no different, just that the surprise toys these days are more of a shock than a surprise.

However, a toy has angered parents worldwide, if you go by the packaging, it looks harmless but if you go ahead and follow the instructions that is unbox the toy and dip it in cold water you end up with something like a LOL surprise but there is nothing LOL or funny about it, inappropriate is more like it.

MGA Entertainment is behind the sick idea after shocking the market with oversexualised Bratz dolls, the company launched LOL suprise in 2016 like the woman in the video said these toys are branded appropriately for 5-year-olds.

The idea behind the suprise toy was to cash in on the unboxing and collectable trend. The company also wanted to harness children's curiosity - the love for a surprise toy and it worked with 800 million pieces sold between 2016 and 2018.

Some parents were surprisingly fine with toys so age-inappropriate and what follows is more disturbing. So, why blame the toymaker alone?

It's not like they started the unboxing trend, parents did. The whole concept of "monetising childhood" has brought us here. They say curiosity killed the cat, now it is killing morals.

The only silver lining is that some parents are now speaking up!

Whatever happened to good old surprise balls and kinder joys? This sick surprise should force us into some serious rethinking.