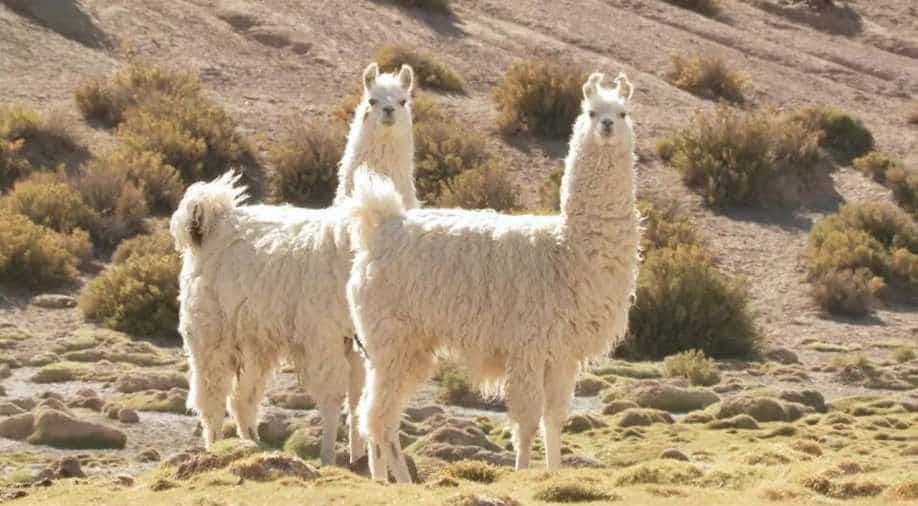 These antibodies are a type of protein produced by animal immune systems that fight foreign invaders, which binds tightly to a key protein found on the coronavirus.

At the time when scientists all over the world are searching for possible treatment to combat the COVID-19 outbreak, a study has claimed that antibodies found in llamas could be useful.

Researchers at Ghent University in Belgium are working on antibodies taken from a llama.

These antibodies are a type of protein produced by animal immune systems that fight foreign invaders, which binds tightly to a key protein found on the coronavirus.

According to Dorien de Vlieger, doctoral researcher working on llama antibodies at the university, "llamas have a special type of antibodies. They are smaller in comaparison to human antibodies because they lack certain things. But the advantage of these molecules is that they are very stable. "

A four-year-old female illama named Winter has been injected by a protein present on the surface of the coronavirus, in the hope of developing antivirals that could help in the treatment.

These are the ''first antibodies known to neutralise Sars-CoV-2,'' according to the press release of the study.

''The antibodies could also be used to treat somebody who is already sick to lessen the severity of the disease,'' it added.

The researchers have been working on coronaviruses and in 2016 injected on a four-year-old Winter, a llama with SARS and MERS. The antibodies produced helped in targetting SARS virus's spike proteins, which allows it to stick with human cells.

They did a similar experiment, again on Winter, with COVID-19 this year to see the result. The antibodies did bind itself, but it did so "weekly". So, the team linked two copies of the antibody together for an effective result.

However, the team is preparing for more trials with hamsters or primates to further test the study, before applying it to humans. The first set of human testing of antibodies to start by end of the year.

This is not the first time an antibody has been developed from this animal.

There has been a pre-exisiting drug in the market to treat a blood disorder called Thrombotic Thrombo-Ctyopenic Purpura.

However, the antibodies from the camel-like beast are going to be used for the treatment of a respiratory illness fo the very first time.