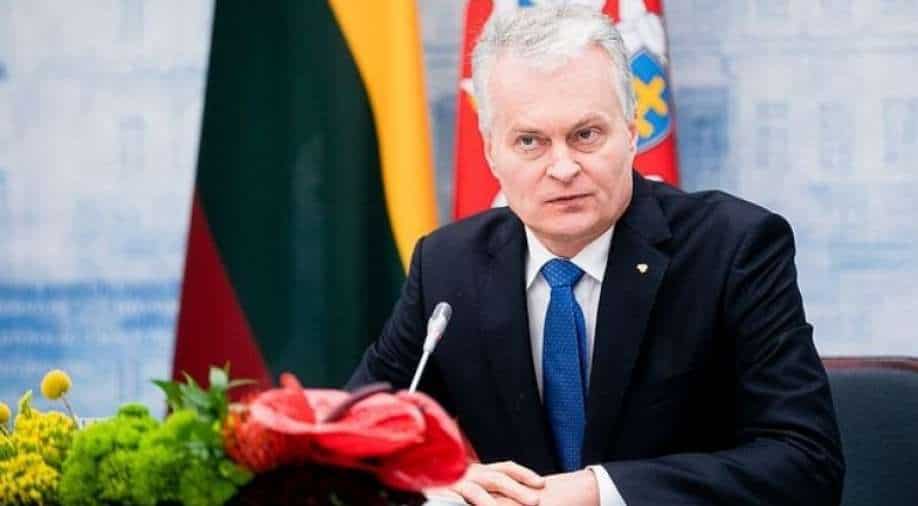 In this file photo, Lithuanian President Gitanas Nauseda can be seen Photograph:( Twitter )

Russia has staunchly supported its ally Belarus in the latest crisis, urging the EU to negotiate a settlement in direct talks with Lukashenko’s government.

Nauseda said "This brings new challenges to NATO, and NATO should accordingly adapt its plans, strategy and tactic, to be ready to respond."

The EU blames Belarusian strongman President Alexander Lukashenko for orchestrating the migrant influx in the bloc as retaliation against the sanctions the bloc imposed on his regime.

"We can have no doubts that Lukashenko's regime and the powers that support it will continue to test the western world's unity and their ability to react and repel the hybrid attacks," Nauseda said.

While much of the migrant crisis has been focused on Poland's border with Belarus, fellow EU and NATO member Lithuania has also been faced with an unprecedented influx of migrants.

Rustamas Liubajevas, head of Lithuania's border guards said "It seems we won't be able to return to normal life soon."

Lithuania, which has a population of 2.8 million, has taken in more than 4,000 people this year, the vast majority of them asylum seekers.

The crisis will be a key topic at a meeting this week of NATO foreign ministers and US Secretary of State Antony Blinken in neighbouring Latvia, which also shares a border with Belarus.