Lebanon should not be used as venue for proxy conflicts: Tillerson 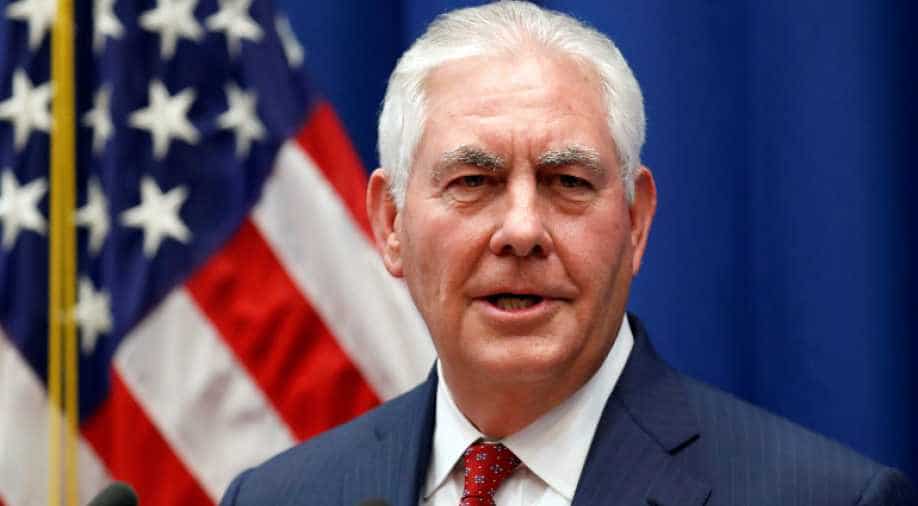 US Secretary of State Rex Tillerson on Friday warned other countries against using Lebanon for "proxy conflicts" following a crisis triggered by its prime minister's resignation.

Tillerson also called the premier, Saad Hariri, who announced his resignation last Saturday from Saudi Arabia, as a "strong partner" of the United States.

"The United States cautions against any party, within or outside Lebanon, using Lebanon as a venue for proxy conflicts or in any manner contributing to instability in that country," Tillerson said in a statement.

Hariri's resignation came as a shock. He accused Hezbollah, the powerful Shiite movement that is part of his government but also close to Iran, of controlling Lebanon.

Many observers saw his stepping down as being directed by Saudi Arabia, Iran's big rival in the region.

Earlier on Friday, while traveling in Asia, Tillerson had told reporters he had received assurances from the Saudis that Hariri himself had decided to resign.

Tillerson also said he had no indication that Hariri was being held against his will in the oil-rich kingdom.

Hezbollah is a fierce critic of Saudi Arabia.

In a message that seemed aimed mainly at Iran and Hezbollah, Tillerson's statement said: "There is no legitimate place or role in Lebanon for any foreign forces, militias or armed elements other than the legitimate security forces of the Lebanese state –- which must be recognized as the sole authority for security in Lebanon."

Hariri's situation was not completely clear. But calls mounted, including from his Lebanese political rivals, for Saudi Arabia to guarantee the prime minister's freedom of movement.

Hariri's resignation coincided with a sweeping purge among the Saudi kingdom's elite, ostensibly over embezzlement accusations.

Hariri, who was born in Saudi Arabia, did not say when he would return to Lebanon, where President Michel Aoun has yet to formally accept his resignation.