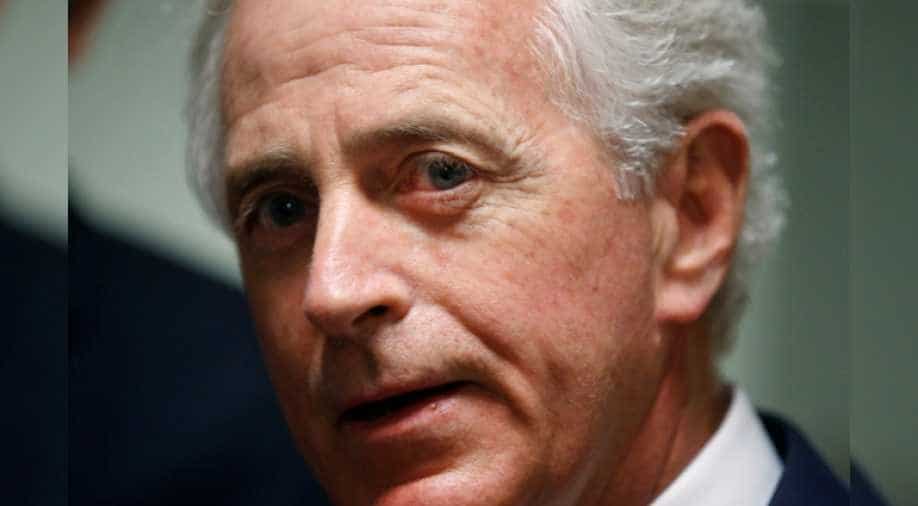 A leading Republican US senator said on Sunday he believed Saudi Crown Prince Mohammed bin Salman was responsible for the death of dissident journalist Jamal Khashoggi.

Corker said he was waiting for investigations to be completed and hoped that Turkey would share any audio tapes of the killing of Khashoggi in the Saudi consulate in Istanbul.

However, he made it clear he believed the Crown Prince Mohammed directed the murder.

"Let's let this play out, but my guess is that at the end of the day the United States and the rest of the world will believe fully that he did it," Corker said.

On Saturday, US President Donald Trump joined European leaders in pushing Saudi Arabia for more answers after Riyadh changed its story and acknowledged that the journalist died more than two weeks go at its Istanbul consulate.

Trump had initially said he was inclined to believe the Saudi version.

However, a number of lawmakers from his own Republican Party, as well as Democrats, expressed skepticism of the shifting Saudi responses to the disappearance of Khashoggi, a Washington Post columnist and critic of the crown prince.

"They've lost all credibility as it relates to explaining what's happened," Corker said.

Senator Ben Sasse, a Republican, told CNN: "The Saudis have got a lot of explaining to do. I think everything should be on the table."

Both Republicans and Democrats have turned their attention to the role of the crown prince, with whom Trump and his son-in-law and White House adviser Jared Kushner have cultivated a close relationship.

Senator Dick Durbin, a senior Democrat, also said on Sunday he believed the crown prince ordered the killing, and called on the Trump administration to expel the Saudi ambassador and ask allies to do the same.

"The crown prince has his fingerprints all over this and the fact that he is heading up the investigation makes it totally incredible," Durbin said on NBC's "Meet the Press."

Corker said that if the crown prince had ordered the murder, "he's now crossed the line, and there has to be a punishment and a price to pay for that."

What that price will be is a thorny issue for Congress, as well as some European allies who also sell arms to the world's largest oil exporter and have other business interests in the kingdom.

The United States could impose sanctions on Crown Prince Mohammed if he were found culpable in the killing, Corker said, but there should also be a collective response with U.S. allies that are looking to Washington for leadership.

Corker did not call for an end to arms sales to Saudi Arabia, but others have.

Republican Senator Rand Paul, among those calling for a halt to arms sales to the Saudis, said on Fox News Sunday: "I think we should not be supplying the Saudis with bombs."

"Sanctions are a blunt instrument. They're good but they're not that great," Corker said. "And so we need to think of other ways to deal with this kind of behavior."

"What we don't want is a ruler that's going to be around for 40 or 50 years going around the world continuing to conduct operations like this."