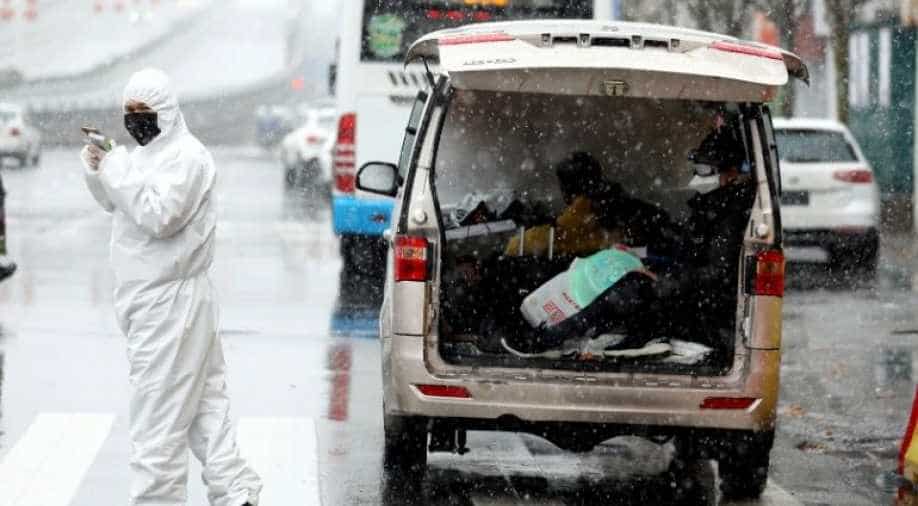 The number of new cases of a coronavirus in China fell slightly, more than three weeks after the outbreak's epicentre was locked down, and a Chinese tourist died from the virus in France, the first fatality in Europe.

The coronavirus, thought to have emerged at a wildlife market in the central Chinese province of Hubei, has presented the ruling Communist Party with the huge challenge of halting its spread while at the same time minimising damage to the world's second-largest economy.

Beijing's latest figures showed 68,500 cases of the illness and 1,665 deaths, most of them in Hubei. The National Health Commission on Sunday reported 2,009 new cases, down from 2,641 the previous day, and 142 new deaths, just one lower than the 143 the previous day. All but four of the new deaths were in Hubei.

The province and its capital, Wuhan, have been virtually sealed off and locked down since January 23, with schools, offices and factories shut and most travel suspended. The virus is believed to have an incubation period of 14 days which would appear to indicate it has been spreading since the lockdown was imposed.

"China should strengthen the unified leadership of efforts to control the epidemic," President Xi Jinping said in comments reported by the Xinhua news agency. Outside mainland China, there have been about 500 cases in some two dozen countries and territories, with four deaths - in Japan, Chinese-ruled Hong Kong, the Philippines and now France.

In the French case, an 80-year-old Chinese man died at a Paris hospital of lung infection due to the flu-like virus, authorities said on Saturday. "We have to get our health system ready to face a possible pandemic propagation of the virus, and therefore the spreading of the virus across France," said Health Minister Agnes Buzyn.

Robin Thompson, an expert in mathematical epidemiology at Britain's University of Oxford, said that with nearly 50 cases in Europe, death was not surprising. "The most important thing to point out, however, is that there still hasn't been sustained person-to-person transmission in Europe," he said. 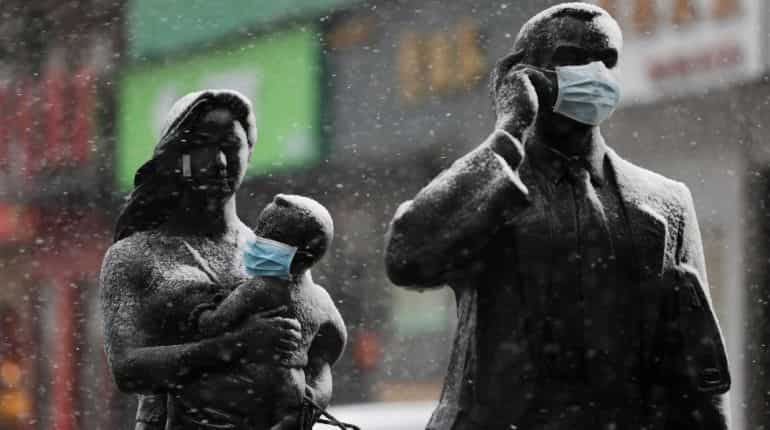 [ Statues with face masks in Wuhan, the epicentre of the novel coronavirus outbreak in Hubei province, China (Courtesy: Reuters) ]

After an extended Lunar New Year holiday, China urgently needs to get back to work. But some cities remain in lockdown, streets are deserted, employees are nervous, and travel bans and quarantine orders are in place around the country.

Those returning to Beijing from the holiday have been ordered to undergo a 14-day self-quarantine to prevent the spread of the virus. Many factories are yet to re-open, disrupting supply chains in China and beyond for everyone from smartphone makers to car manufacturers.

While there has been some hope expressed this week that the disease may be peaking in China, numbers keep rising and a trend has been hard to discern, especially after a reclassification that widened the definition of cases.

World Health Organization (WHO) chief Tedros Adhanom Ghebreyesus said it was impossible to tell where the epidemic will spread. "We are concerned by the continued increase in the number of cases in China," Tedros told the Munich Security Conference in Germany.

"We are concerned by the lack of urgency in finding the response from the international community. Most of all, we are concerned about the potential havoc this virus could wreak in countries with weaker health systems," he added.

Also WHO defends China's handling of coronavirus as death toll rises to 1,665

The biggest cluster outside China has been on a cruise ship, the Diamond Princess, quarantined off Japan's Yokohama, with 70 more cases reported on Sunday. That took the total out of about 3,700 passengers and crew onboard to 355. Those testing positive are sent to the hospital. The United States said on Saturday it plans to send an aircraft to pick up American passengers and take them back home where they face another two weeks of isolation "out of an abundance of caution".

Hong Kong said it planned to do the same for some 330 of its residents, while Canada said it too would send a plane for its citizens on the vessel. Another cruise ship, the MS Westerdam, finally docked in Cambodia on Thursday after being rejected by ports in several other countries and territories.

The ship was believed to be free of the virus but an 83-year-old American woman from it tested positive on landing in Malaysia, health authorities there said. The sickness, now officially labelled Covid-19, has killed about 2 per cent of those infected. Cases have spread faster than other respiratory viruses this century.

The economic ripple effects go far beyond China. White House economic adviser Larry Kudlow said the coronavirus might knock two- to three-tenths of a per cent of US growth in the first quarter. The sporting world has suffered too. In the latest disruption, Chinese gymnasts were forced to cancel attendance at next week's World Cup in Melbourne because of Australian travel curbs.