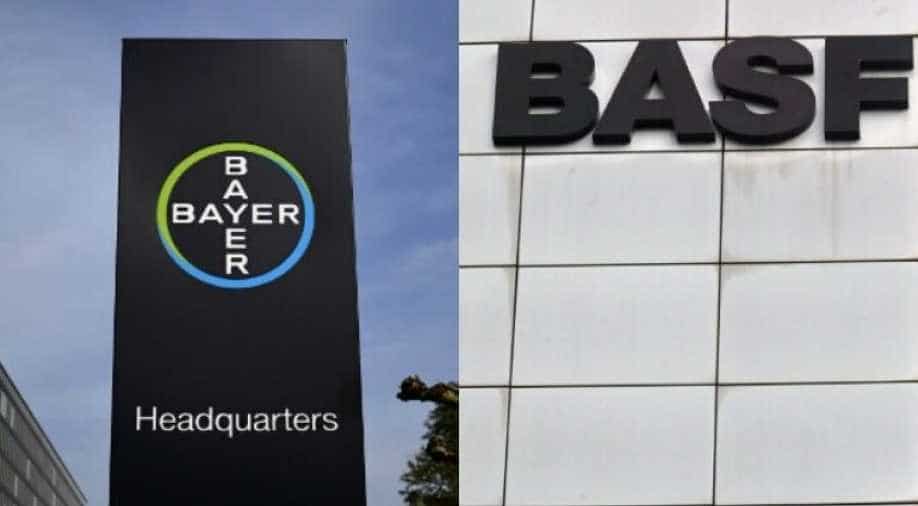 A US jury had awarded $265 million to a Missouri farmer who blamed dicamba herbicide from chemical giants Bayer AG and German rival BASF for destroying his peach orchards.

German chemical giants Bayer and BASF will appeal against the fine of $265 million imposed upon them by a US court over a weedkiller produced by them.

A US jury had awarded $265 million to a Missouri farmer who blamed dicamba herbicide from chemical giants for destroying his peach orchards.

It was the first ruling in some 140 US cases against dicamba, a herbicide blamed for extensive crop damage.

BASF said it would "use all available legal resources" to fight Saturday's ruling by a federal district court in Cape Girardeau, Missouri.

Bayer insists that Monsanto herbicides are safe and "valuable tools for growers". The herbicides "do not pose any unreasonable risk of off-target movement when used according to label directions", the firm says.

The company had taken over the US agrochemical giant Monsanto for $63bn in 2018.

Also read: Bayer takes over Monsanto with a $128 per share offer: Sources

After this takeover, it introduced seeds that can resist the weed-killer due to which use of the chemicals increased.

But the product has been blamed for polluting around four percent of US soybean fields in 2017.

A common complaint is that the herbicide spreads to nearby areas.

US lawsuits against Monsanto's weed killers may cost Bayer billions of dollars in damages.

The fight over dicamba comes in the wake of a case in which Bayer was ordered by a California jury to pay $290 million for failing to warn a dying groundskeeper that Roundup might cause cancer.