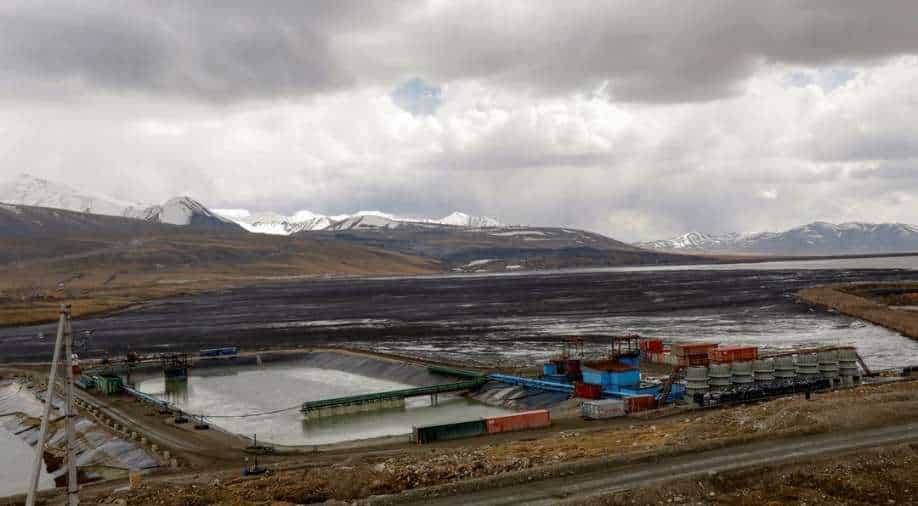 The goldmine was at the heart of the battle between the Kyrgyzstan government and Canadian mining company Centerra Gold. The mine is the 2nd highest in the world, behind Peru's Yanacocha mines.

After over two decades, Kyrgyzstan has taken full control of Kumtor Gold Mine, one of the largest gold mines in Central Asia.

The goldmine was at the heart of the battle between the Kyrgyzstan government and Canadian mining company Centerra Gold. The mine is the 2nd highest in the world, behind Peru's Yanacocha mines.

President Sadyr Japarov, in an address to the nation earlier this month, said, "We have just signed an agreement with Centerra to resolve this dispute...Kumtor is now owned completely by Kyrgyzstan.”

The mine will now come under the direct control of Kyrgystan’s state-owned Kyrgyzaltyn after an out off-court settlement with Centerra.

Now, with full control of the mine, the Central Asian Country is expected to get $53 million even as the Canadian company ends all litigation against Kyrgyzaltyn in the United States, Sweden and Canada.

The mine is valued at US $3 billion.  Over the next 10 years, according to Kyrgyz estimates, the mines can produce 160-200 tons of gold worth nearly at least US$5 billion dollars.

Highlighting the significance of the development, President Sadyr explained, "It is no exaggeration to say that today is a true turning point in the history of our country. Today, our people have taken responsibility for their fate into their own hands".

He added, "Our national assets are now exactly where they should be – in our own hands. This proves that we are on the path of sustainable development and growth."

Notably, the Kyrgyz foreign ministry had invited foreign envoys to visit the mines last year. These included envoys of India, UK, representatives from the embassies of Azerbaijan and delegates from the United Nations Resident Coordinator, UN FAO, UNDP.

The visit took place a month after Kyrgyzstan had taken over the mine from Canada's Centerra.

The Kumtor gold deposit is located at the Tien Shan Metallogenic Belt, also known as the Asian Gold belt that stretches from Uzbekistan to China's Xinjiang.