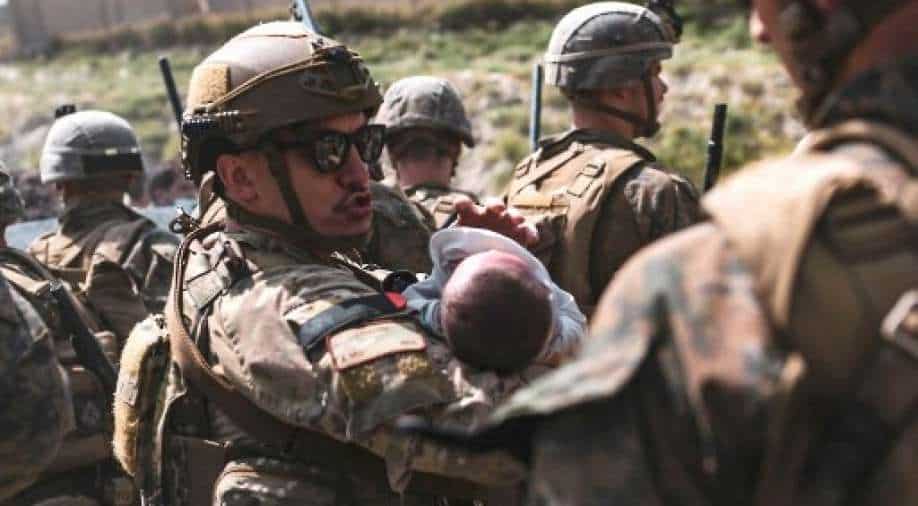 A media report claims that US officials gave a list of names of American citizens, green card holders and Afghan allies to make sure the terrorist group allows the, a safe passage to the Kabul airport

As the Afghanistan crisis worsens, there are reports surfacing that claim the US officials had provided the Taliban with a list of names of American citizens, green card holders and Afghan allies.

An exclusive report from Politico claims that US officials gave a list of names of American citizens, green card holders and Afghan allies to make sure the terrorist group allows the, a safe passage to the Kabul airport.

This move, as per three US and congressional officials quoted by Politico, was designed to make sure that tens of thousands of US citizens in Afghanistan are able to leave the country safely.

While the US might have had good intentions behind taking Taliban’s support for safe passage of American citizens, this move has attracted a lot of criticism from lawmakers and military officials.

"Basically, they just put all those Afghans on a kill list," a defense official told Politico on condition of anonymity. "It’s just appalling and shocking and makes you feel unclean."

Also read | What is your strategy to stop Taliban from acquiring nuclear weapons? US lawmakers to Biden

While there has been no official confirmation on existence of such a list, the US President Joe Biden has also not denied the possibility of it. When a reporter questioned Biden about this media report, Biden did not confirm or deny the allegation.

"There have been occasions when our military has contacted their military counterparts in the Taliban and said this, for example, this bus is coming through with X number of people on it, made up of the following group of people. We want you to let that bus or that group through," he was quoted saying by Politico. "So, yes there have been occasions like that. To the best of my knowledge, in those cases, the bulk of that has occurred and they have been let through.

"I can't tell you with any certitude that there's actually been a list of names," he added, as per Politico. "There may have been. But I know of no circumstance. It doesn't mean that it doesn't exist, that here's the names of 12 people, they're coming, let them through. It could very well have happened."