Key states in US elections 2020: Biden hopes to turn 'Red' Georgia into 'Blue' as Trump struggles 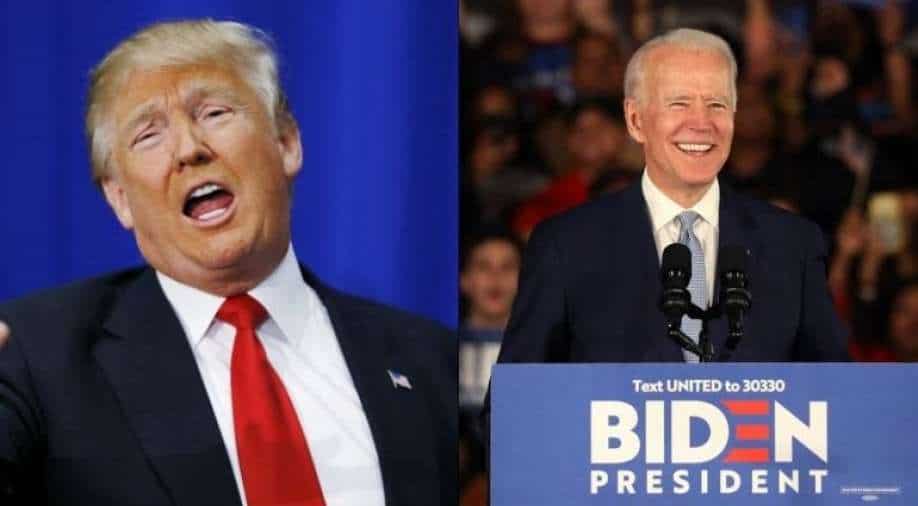 Georgia had last voted for a Democratic in the 1992 elections when Bill Clinton took the state. Democratic presidential hopeful Biden during US elections 2020 hopes to overturn the Republican advantage in the Red State.

Amid the coronavirus pandemic, US voters turned up in huge numbers as Biden and Trump set their sights on key battlegrounds states including Georgia during US elections 2020.

US Elections Live: It is going to be a tight race, says Kamala Harris to US voters

Opinion polls show Democratic presidential hopeful Joe Biden could disrupt Republican electoral power in Georgia which would be a huge setback for Trump since it is a GOP stronghold.

Both Trump and Biden have campaigned in the state in the hope of swinging voters who have been vacillating over their choice.

Biden, however, is determined to upset the Republican applecart campaigning fiercely in the state including in Warm Springs and at a drive-in car rally in Atlanta. Biden had attacked Trump's performance on COVID-19 asserting that it was "capitulation" and stated that the US president "shrugged, he swaggered and he surrendered."

Georgia had last voted for a Democratic in the 1992 elections when Bill Clinton took the state. Biden this time hopes to overturn the Republican advantage in the Red State.

In fact, Biden's vice-presidential pick  Kamala Harris, 56, campaigned in Atlanta, Georgia, signifying the importance of the state for the Democrats. There has been a record turnout of during the US election with over 3 million voters already exercised their franchise before polling day on November 3.

The crucial state has African-Americans in huge numbers comprising one-third of the population with much at stake for Democrats who hope to swing the state in their favour this time.

The southern state known for slavery and segregation during its history has been a Republican bastion.

The Democrats, however, have been trying to woo the African-Americans, as Kamala Harris during her campaign said: "Donald Trump has this goal to turn 20 per cent of Black men out in favour of him, Donald Trump -- who pushed, as part of his popularity, the theme that the first Black man to be president of the United States was illegitimately there."