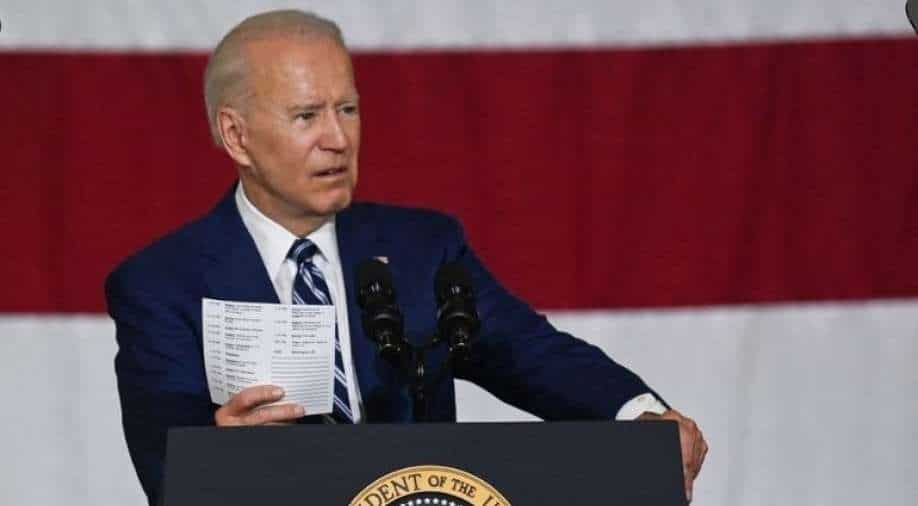 President Joe Biden assailed a voting bill in Texas May 29, 2021 as an attack on democracy, as it lines up to become the next Republican-led state to restrict voting access for people of colour Photograph:( AFP )

Many restrictive measures include a ban on drive-in voting, voting via mail, and limiting the hours of voting on election day

United States President Joe Biden on Saturday termed a voting bill in Texas an attack on democracy. Texas is the next Republican-led state seeking to restrict voting for people of colour. Biden said that Texas is now joining Georgia and Florida in attempting to limit “the sacred right to vote”.

"It's part of an assault on democracy that we’ve seen far too often this year -- and often disproportionately targeting Black and Brown Americans”, Biden announced in a statement.

Currently, final draft of the legislation is circulating at the Texas legislature. Many restrictive measures include a ban on drive-in voting, voting via mail, and limiting the hours of voting on election day.

Many claim that the law may help in making the voting process more secure but critics believe the law will make voting more difficult for Black, Latinos and other people of colour in the US who vote for Democrats.

New laws by Republicans are aimed at limiting election fraud, claims of which were spearheaded by former US President Donald Trump, who lost the election to Joe Biden and was unable to provide any evidence of a so-called “stolen election”.

Since the election, many Republican-led states have initiated bills aimed at making voting more restrictive. Georgia was traditionally considered a Republican state but voted for Biden this time. In March, it became one of the first states to adopt a voting law.

Biden also urged Congress to pass two bills that were designed to protect and favour people’s right to vote without much restrictions. But the slim majority of Democrats in the legislature has prevented the bills from seeing passage.