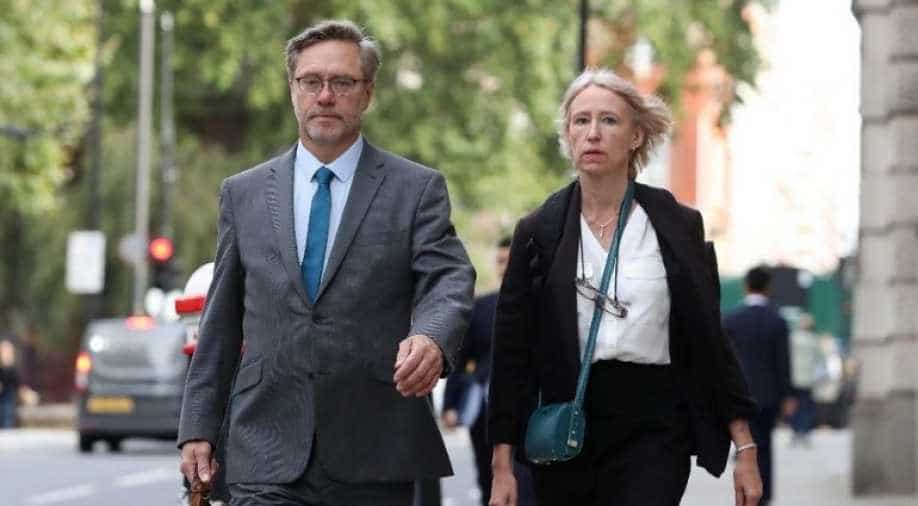 Letts travelled from Britain to Syria to fight with Islamic State in 2014, and he has been held in a Kurdish prison for two years.

Canada said on Sunday that Britain's decision to strip Jack Letts - dubbed "Jihadi Jack" by the media - of his British citizenship was an attempt to shift responsibility for what to do with him onto Canada, where he also has citizenship.

A statement from Canadian Public Safety Minister Ralph Goodale's office confirmed a British media report from Saturday, which said that Letts' UK passport had been torn up.

Letts travelled from Britain to Syria to fight with Islamic State in 2014, according to media reports, and he has been held in a Kurdish prison for two years. In an ITV interview from February, Letts said he wanted to return to Britain because he considered it his home.

"Terrorism knows no borders, so countries need to work together to keep each other safe," the Canadian statement said. "Canada is disappointed that the United Kingdom has taken this unilateral action to off-load their responsibilities."

Britain's Foreign Office could not immediately be reached for comment.

Canada has been embroiled in nagging diplomatic spats over the past year, including with Saudi Arabia and China, but this latest dispute is between two traditional allies and comes just two months ahead of Liberal Prime Minister Justin Trudeau's bid for re-election.

Trudeau is due to meet the new British Prime Minister Boris Johnson at a Group of Seven meeting in France that starts on August 24.

"While we are disappointed in their decision, we do not conduct tit-for-tat diplomacy. Canada and the UK continue to work closely together on several issues, including the situation in Hong Kong," the statement added.

Canada also said it was "aware of some Canadian citizens currently detained in Syria," adding that "there is no legal obligation to facilitate their return." Canada would not put its consular officials at "undue" risk in "this dangerous part of the world," it said.