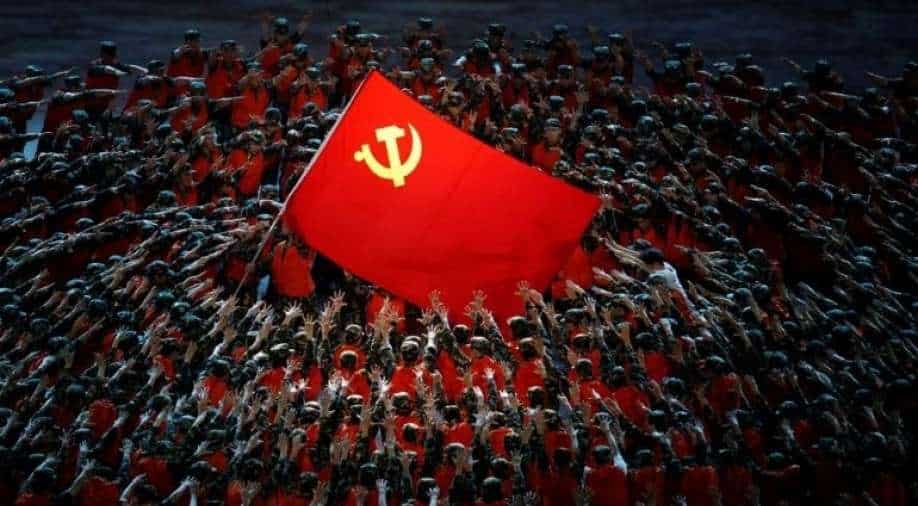 The Japan Communist Party, which is the oldest political party in the country, is the largest non-ruling Communist party in the world. It’s harshly critical of China but the Japanese authorities list it, along with the Islamic State group and North Korea, as a threat to national security. The comparison seems highly exaggerated

The Japan Communist Party is the oldest political party in the country. It’s the largest nonruling Communist party in the world. It’s harshly critical of China. And the Japanese authorities list it, along with the Islamic State group and North Korea, as a threat to national security.

To many in Japan, that comparison seems exaggerated. The party, which long ago abandoned Marx and Lenin and never really had time for Stalin or Mao, is about as radical as a beige cardigan: anti-war, pro-democracy, pro-economic equality.

But that hasn’t stopped it from becoming a primary target of Japan’s dominant political force, the Liberal Democratic Party, before parliamentary elections Sunday that will help set the country’s path out of the pandemic.

Though clocking in at only 3% support in the polls, the Communists have become a handy boogeyman after teaming up with Japan’s leading opposition parties for the first time in an effort to dethrone the LDP. The Communists agreed to withdraw their candidates from several districts to avoid splitting the liberal vote.

The conservative Liberal Democrats, who have governed almost continuously since the end of World War II, face little risk of losing power. But with their popularity sagging amid a weak economy and lingering questions over their handling of the coronavirus, they have tried to change the subject by painting the vote as a choice between democratic rule and Communist infiltration.

“The Communist Party’s strategy is to get one foot in the door,” Taro Kono, the LDP’s public affairs chief, told voters during a campaign stop. “Then they wrench it open and take over the house,” he added.

The Japan Communist Party, founded in 1922, has long provoked government animosity. It vigorously opposed Japan’s military aggression before and during World War II, and the Japanese secret police persecuted and imprisoned Communists through the conflict’s end.

In the 1950s and ’60s, the Liberal Democrats — aided by the CIA — carried out heavy-handed crackdowns on the group, which briefly flirted with political violence and became a rallying point for anti-American student protests.

Despite its name, the JCP has largely abandoned its roots in favor of its own homegrown ideology. It broke with the Soviet Union and China in the 1960s and has recently become one of Beijing’s most vocal Japanese critics, denouncing its neighbor for following the path of “hegemony” and violating human rights in Hong Kong and Xinjiang. When the Chinese Communist Party celebrated its 100th anniversary this year, the JCP was the only major Japanese party not to send congratulations.

Still, Japan’s National Police Agency has continued to treat the group as a menace. In its annual report on threats to the nation, it lumps the JCP in with the Islamic State group, North Korea and Aum Shinrikyo, the Japanese cult that killed 13 and injured thousands during a 1995 nerve-gas attack on the Tokyo subway.

The Japan Communists, the police note, are rapidly aging, losing their financial resources — mostly generated by subscriptions to their newspaper, Akahata, or Red Flag — and are having difficulty attracting new members.

The agency is not clear about what actual threat the group poses. It does note that the Communists were planning to join other opposition parties to challenge the LDP, and that they had “added ‘gender equality’ and ‘a nuclear-power-free Japan’ ” to their platform. (The JCP runs more female candidates than nearly any other Japanese party.)

Both of those initiatives are opposed to some extent by the Liberal Democrats — who, for example, have rejected legislation to allow women to keep their last names after marriage — even though they are popular with the general public.

But those are not among the top issues for voters in the coming election. Their priorities are clear: keeping the coronavirus in check and putting the pandemic-ravaged economy back on track. Neither of these are necessarily winning issues for the LDP, which, though unlikely to lose, faces a strong risk of emerging from the election seriously weakened.

Japan is reporting just a few hundred COVID-19 cases each day, and vaccination numbers have surpassed those of most other countries, despite a slow start. Nevertheless, there is a sense that the governing party mismanaged the crisis, fumbling the national vaccine rollout and delaying the country’s recovery. Stories of coronavirus patients dying at home despite ample supplies of hospital beds have further hardened public opinion.

Current economic policies, which have failed to lift the country out of stagnation, are also unpopular — so much so that Fumio Kishida, who became prime minister this month after winning an LDP leadership election, ran against them. Kishida promised that he would confront growing inequality through a (very socialist-sounding) program of wealth redistribution.

He has since walked back those promises and looks set to continue his predecessors’ policies largely unchanged.

The threat that the Japan Communist Party poses to the LDP may come not from its size — the Communists have never gained more than 13% of the vote in a lower house election — but from its members’ dedication. The JCP, which has a highly organized base, could play a big role in drawing votes to the opposition, said Tomoaki Iwai, a professor of political science at Nihon University.

“It’s an organization that has the power to gather ballots” he said.

In focusing attention on the Japan Communists, the LDP and its governing partner, Komeito, are betting that voters’ distaste for big “C” communism and fear of a rising China will drive them away from the opposition coalition, said Taku Sugawara, an independent political scientist.

“Until recently, as far as the LDP was concerned, the Communists were just a group that got in the way of the other opposition parties,” he said. “But now that they’re clearly a threat, they’ve become a prominent target of criticism.”

Although there is widespread consensus in Japan that Beijing’s growing power poses a threat to regional stability, the LDP and JCP are split over how to deal with it.

The Liberal Democrats have called for doubling military spending, increasing defense cooperation with the United States, and changing Japan’s pacifist constitution to give it, among other things, the ability to carry out first strikes against adversaries that threaten national security.

The Japan Communists, however, prefer a diplomatic approach and are strongly opposed to the substantial U.S. military presence in Japan, a position that makes it an outlier among Japanese political parties.

During a recent rally in front of the bustling Shinjuku station in central Tokyo, candidates for Komeito warned a small group of potential voters that the differing views of the LDP and its political partners on national defense would make it impossible for them to govern competently.

(The hawkish LDP and its dovish coalition partner have themselves long been at odds over whether to increase military spending or alter Japan’s constitution to remove its prohibition against waging war. And Komeito is notorious for its reluctance to criticize Beijing.)

The Japan Communists have said that their differences with other opposition parties would have no bearing on a new government. The Communists say they won’t seek any role if the opposition topples the LDP.

But it’s hard to say what would actually happen if the opposition somehow won power, said Iwai, the political science professor.

None of the coalition members “actually think they’re going to win,” he said. So when it comes to discussions of what’s next, “No one’s thought that far.”