As heatwave intensifies, 65 people dead, 22,600 admitted to hospital in Japan 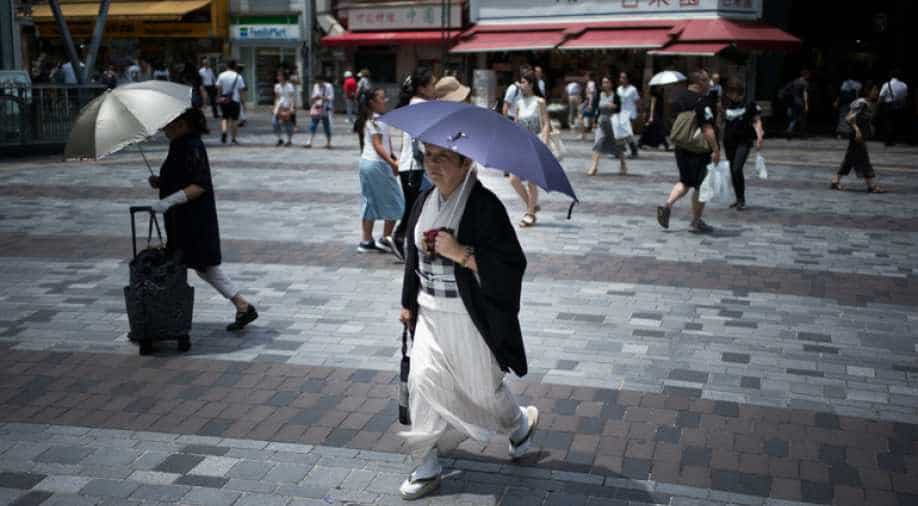 As Japan is hit with a severe heatwave, the death toll of people dying from heat-related issues has increased to at least 65 people in one week, news agency AFP reported on Tuesday.

Weather agency has classified the record-breaking weather as a "natural disaster, " as more than 22,600 people were admitted to the hospital in first two weeks of July, the Fire and Disaster Management Agency informed in a statement.

According to a report by AFP, both figures are "the worst ever for any week during summer" since  July 2008 when the Fire and Disaster Management agency started recording fatalities resulting from heat stroke.

Following the serious fatalities, the government is taking measures to avoid such situation in future.

According to reports, the government said it would supply funds to ensure all schools are equipped with air conditioners by next summer.

Less than half of Japan's public schools have air conditioning, and the figure is only slightly higher at public kindergartens.

The government is also considering to extend this year's summer school holidays as the heatwave drags on.

On Monday, the city of Kumagaya in Saitama outside Tokyo set a new national heat record, with temperatures hitting 41.1 Celsius (106 degrees Fahrenheit).

And temperatures over 40 degrees were registered for the first time in Tokyo's metro area, where the government is promoting Uchimizu, a tradition where water is sprinkled onto the ground, as part of a summer heat awareness campaign.

It was marginally cooler on Tuesday, but temperatures remained well above normal in most of the country, and little relief is forecast.

An official warning has been issued to people urging to take appropriate precautions like drinking sufficient water against the heatwave to prevent heat exhaustion.