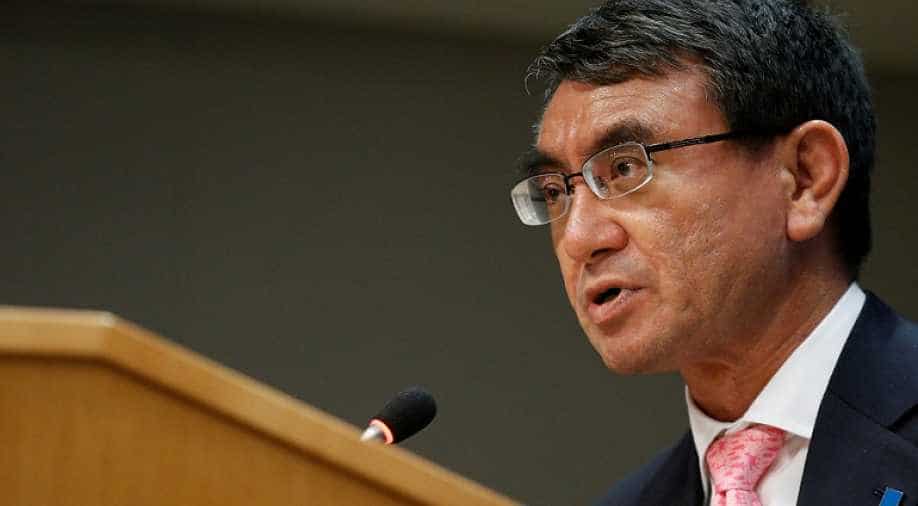 Japan and South Korea urged China to do more to "pressure" North Korea to end its nuclear and missile programmes, Japanese Foreign Minister Taro Kono said on Tuesday, as tension builds amid a standoff between North Korea and the United States.

North Korea has boasted of developing a missile capable of carrying a nuclear warhead and reaching the mainland United States in defiance of UN Security Council resolutions and international condemnation, including from its lone major ally, China.

"China is currently implementing the United Nations Security Council resolutions (on North Korea), but China can probably do more", Kono said after talks with South Korean Foreign Minister Kang Kyung-wha. "We agreed on the need to put pressure firmly on North Korea".

The US Navy's top officer said on Tuesday said that vessels from eastern Pacific could be brought forward to reinforce US naval power in Asia as Washington contends with increased threats in the region.

North Korea has defended its weapons programmes as necessary to counter US aggression and sees the military drills the United States holds with South Korea and Japan as preludes to invasion.

US President Donald Trump and North Korean leader Kim Jong Un have exchanged bellicose rhetoric in recent weeks, with Trump threatening to destroy North Korea if provoked, while US diplomats have stressed the importance of diplomacy.

Japan and South Korea are seeking to boost cooperation over North Korea, despite lingering tension between them over the issue of "comfort women", a Japanese euphemism for women - many of them Korean - forced to work in Japanese military brothels before and during World War Two.

The United States has also pressured China and other nations to cut trade and diplomatic ties with North Korea as part of international efforts to dry up Pyongyang's illegal cash flows that could fund its weapons programmes.