It's not for free, says Zelensky on Western arms sale to Ukraine 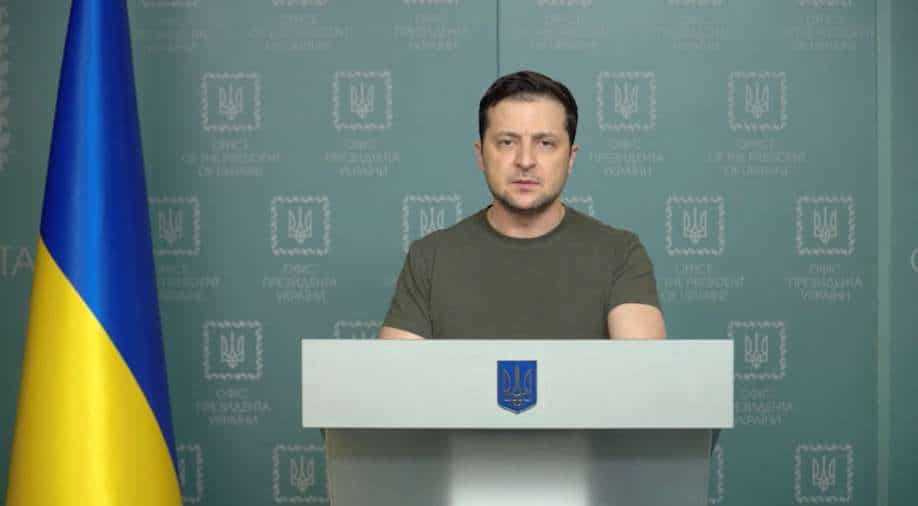 After the attack, President Zelensky warned NATO nations saying that it was 'only a matter of time before Russian rockets' would fall on NATO territory while repeating his call for a no-fly zone over Ukraine.

Amid Western assistance to Ukraine in the ongoing with Russia, President Zelensky asserted that "it all came at a cost, it's not for free".

"Sometimes we receive weapons directly, but you have to understand that everything has its price," Ukraine's president said even as Russia said on Saturday that it could target foreign military supplies and convoys to Ukraine.

On Monday, Russian forces targeted a Ukrainian base near the border with NATO member Poland. Reports said at least 35 people were killed in the attack and 130 injured.

According to the Russian defence ministry, it had targeted weapons depots which were reportedly supplied by foreign nations. The Russian ministry claimed it had killed "180 foreign mercenaries".

The attack took place at the Yavoriv International Centre for Peacekeeping and Security which is just 25 km from the Polish border. US Secretary of state Anthony Blinken condemned the attack saying the "brutality must stop".

We condemn the Russian Federation’s missile attack on the International Center for Peacekeeping and Security in Yavoriv, close to Ukraine’s border with Poland. The brutality must stop.

After the attack, President Zelensky warned NATO nations saying that it was "only a matter of time before Russian rockets" would fall on NATO territory while repeating his call for a no-fly zone over Ukraine.

Zelensky's comments come as Russian troops continued their push on Kyiv and conducted strikes on other Ukrainian cities. At least nine people were killed in a Russian strike in Mykolai, the governor said. The city is strategically located on the road to the port city of Odessa.

Reports say Russian forces have been advancing from various directions over Kyiv while capturing an airport in Vasylkiv town close to the capital. Mariupol city has also been heavily bombed in the past few days with food and water running low in the city amid civilian casualties due to continued Russian shelling.