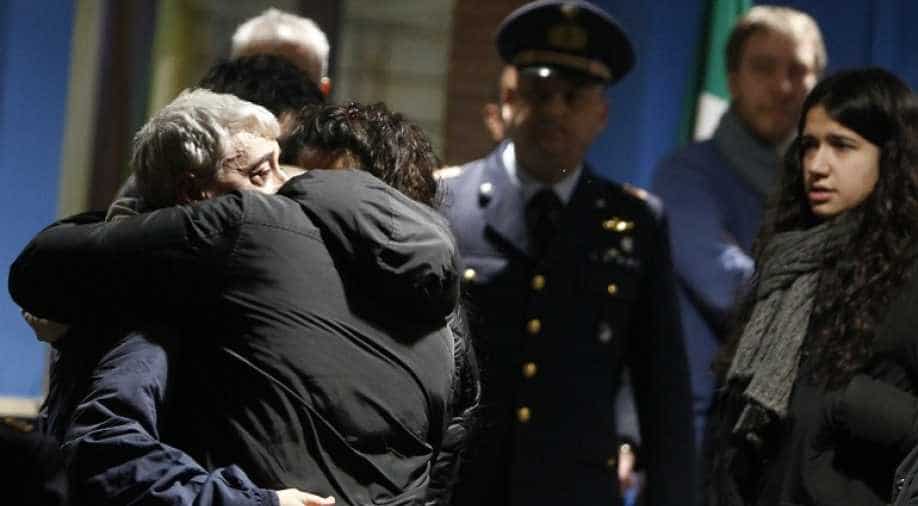 Gino Pollicardo, one of two Italians kidnapped in July 2015 was released on March 4, 2016. A number of Expats have been abducted over the years. Photograph:( AFP )

Two Italians and a Canadian who were kidnapped in the south of conflict-torn Libya in September have been released and flown to Italy, the Italian government announced Saturday.

The Italians, Danilo Calonego and Bruno Cacace, and Canadian Frank Poccia were freed during the night "due to the effective cooperation with local Libyan authorities," it said in a statement.

The three men were kidnapped in September in Ghat, close to the Algerian border, where they worked for an Italian company that carried out maintenance at the airport. An armed group blocked their vehicle.

Several Italian companies are present in Libya, a former colony, and their expat staff have often fallen prey to kidnappers in recent years.

In July 2015, four Italians working for a construction company were kidnapped near an oil field operated by Italian giant ENI in the region of Mellitah, west of Tripoli.

Two of the hostages were killed six months into their ordeal, likely in clashes between jihadists and local militiamen.

The other two were freed in March this year, in a raid on Islamic State group hideouts near the capital.

Chaos has engulfed Libya since the 2011 NATO-backed ouster of dictator Muammar Gaddafi.