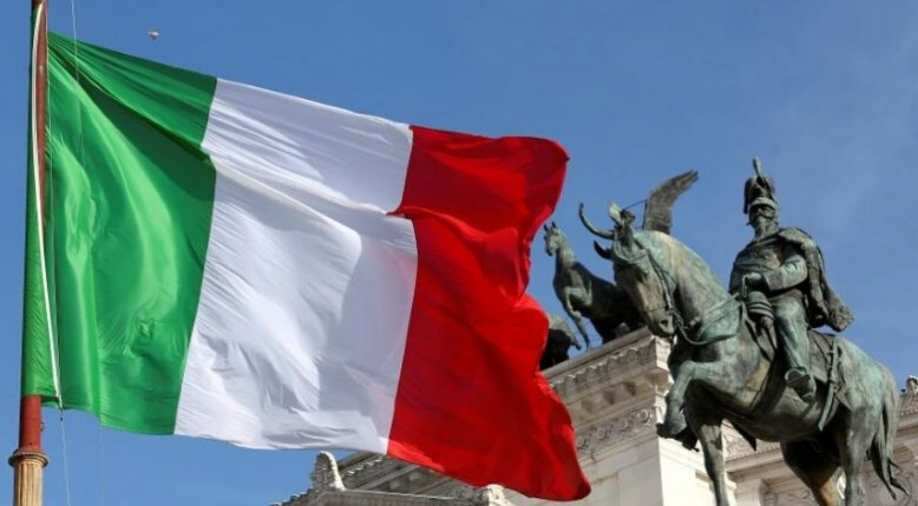 The Italian, a captain of a frigate, and the Russian, a military official accredited at the embassy, were accused of 'serious crimes tied to spying and state security' after their meeting on Tuesday night, Italian Carabinieri police said

Italy expelled two Russian diplomats on Wednesday after police said they had arrested an Italian navy captain caught passing documents to a Russian official in return for money at a clandestine meeting.

The Italian, a captain of a frigate, and the Russian, a military official accredited at the embassy, were accused of 'serious crimes tied to spying and state security' after their meeting on Tuesday night, Italian Carabinieri police said.

The suspects were not identified.

The Italian navy captain was taken into custody. Officials did not say whether the Russian army official, who had met him was one of the two, who were expelled.

Meanwhile, Britain on Wednesday said it 'stands in solidarity' with Italy over its expulsion of two Russian officials accused over a spy scandal, calling Moscow's actions 'malign and destabilising'.

"The UK stands in solidarity with Italy and its actions today, exposing and taking action against Russia's malign and destabilising activity that is designed to undermine our NATO ally," Foreign Secretary Dominic Raab wrote on Twitter.

Russia's Interfax news agency quoted a Russian lawmaker as saying Moscow would reciprocate for the expulsions, standard practice in such cases.

However, statements from Moscow suggested Russia was keen to play down the incident. The Russian Foreign Ministry was quoted as saying that it regretted the expulsions, but that they did not threaten bilateral relations.

Earlier, the Kremlin said it did not have information about the circumstances of the case but hoped the two countries would maintain positive and constructive ties.

The incident was the latest in a series of spying accusations in recent months against Russians in European countries. Bulgaria expelled Russian officials on suspicion of spying in March, and the Netherlands did so in December.

NATO documents were among the files that the Italian passed to the Russian official, Ansa news agency said, raising potential security worries for other members of the Western military alliance.

The arrests were ordered by Rome prosecutors following a long investigation carried out by the Italian intelligence with the support of the military, the police force said.

Police did not specify where the arrests had taken place. No further comment would be made until a magistrate approves the arrest, they said.