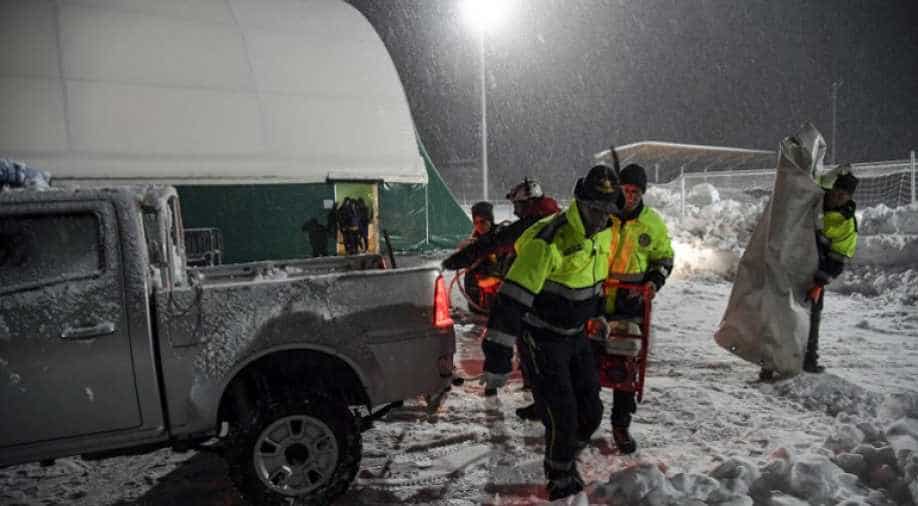 Up to 30 people were believed to be in Hotel Rigopiano in the town of Farindola on the Gran Sasso mountain, officials said.

There are many dead," Antonio Crocetta, the head of a group of Alpine police that was trying to reach the cut-off hotel, was quoted as saying.

Luca Cari, spokesman for the national fire brigades told Reuters, "We’re dropping our rescue units down by helicopter and they are starting to dig."

SkyTG24 television said some were found dead in the hotel.

More than 100 aftershocks were felt throughout the day.

The epicentres were in the L'Aquila region and were felt as far away as 150 kilometres south-west, in Rome.

Several towns were without electricity and in complete isolation due to heavy snowfall. The earthquake disabled cell phone service causing difficulties for emergency response services.

The Defence ministry promised to send the army to aid in the rescue operation.

Mayor of Canzano, Franco Campitelli said, "The situation is really getting extreme."

"It's snowing hard. We're without electricity. We hope the army gets here soon with snow ploughs or we risk being completely isolated," the Press Trust of India quoted Sky TG24.