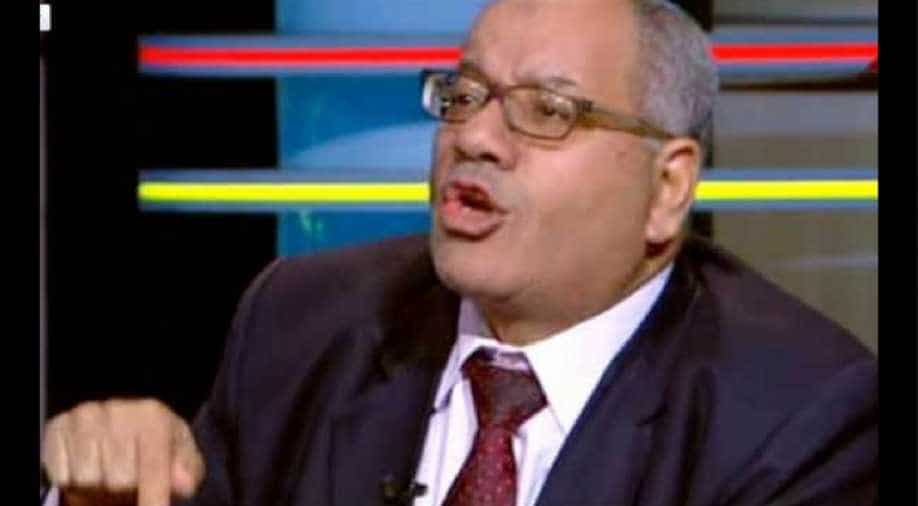 Al-Wahsh appeared on TV talk show called 'Infrad'?on satellite channel Al-Assema where he made the heinous comment.? Photograph:(Others)
Follow Us

An Egyptian lawmaker created a storm on social media after declaring that its a "national duty" to rape women "who wear ripped jeans".

Lawyer Nabih al-Wahsh created a major controversy when he mentioned that women who wear revealing clothes in public "invite" men to harass them.

al-Wahsh appeared on TV the talk show called 'Infrad' on satellite channel Al-Assema where he made the derogatory comment.

"Are you happy when you see a girl walking down the street with half of her behind showing?" Al-Wahsh, a prominent conservative said.

“I say that when a girl walks about like that, it is a patriotic duty to sexually harass her and a national duty to rape her,” he said, answering his own question.

The comment created a furore on social media in Egypt with several feminists slamming the lawyer's comment.

According to Nabih al-Wahsh, a sick egyptian conservative, it is the national duty to rape women who wear ripped jeans... (1)

Keep Nabih Al-Wahsh away from all women.

1 of a million reasons of why I am afraid to go back to Egypt: walking in the street with a ripped jeans! #HighLevelAnxiety https://t.co/CR8JDiBfAc

Egypt’s National Council for Women has decided to file a complaint against al-Wahsh and the TV channel.

al-Wahsh had made a statement proclaiming that he made the comment in order for more stringent punishments for sexual harassment.

He said, "Girls must respect themselves so others respect them. Protecting morals is more important than protecting borders."

During a debate in 2015, al-Wahsh had commented on how women should not be permitted to serve as judges, which also sparked a major controversy.