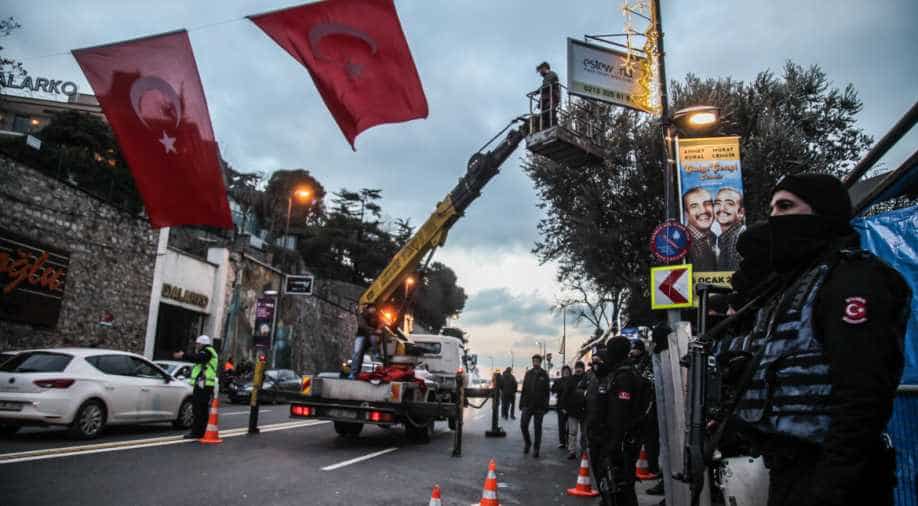 Despite a large manhunt the killer is still on the run. Some reports suggest he is still in Istanbul. Photograph:( Getty )

Turkish media reported that the gunman who killed 39 people in a nightclub in Turkey on New Year's night has been identified as an Ismalic State group jihadist.

Intelligence services and anti-terror police in Istanbul have identified the man as a 34-year-old Uzbek who is part of a central Asian IS cell, the Hurriyet daily and other Turkish newspapers reported. They also said his code name was Ebu Muhammed Horasani. The reports were not confirmed officially.

Initial reports had suggested that the assailant was a Kyrgyz national and then a Uighur from China. Despite a large manhunt the killer is still on the run. Some reports suggest he is still in Istanbul.

Last week, Turkish police had released the alleged killer's images. They also released a silent video he purportedly took in central Istanbul with a selfie stick.

This is the first time the Islamic State group has claimed a major attack in the country. The jihadist group has been blamed for attacks in the past.

Istanbul's main airport was hit by triple suicide bombings and gun attack in June. IS militants from Central Asia, including Kyrgyzstan and Uzbekistan, as well as from Russia's Muslim regions of Dagestan and Chechnya were suspected to be behind the attack.