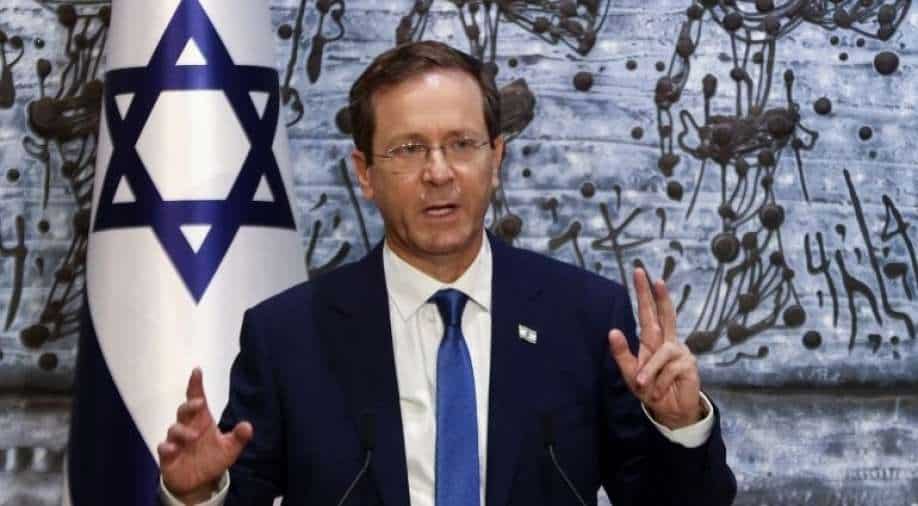 Israel's parliament has gifted president Isaac Herzog a digital copy of his father's signed oath of office from 38 years earlier.

A lawyer, Herzog is the son of the late Israeli president Chaim Herzog, who also served as his country's ambassador to the United Nations.

An NFT is a crypto asset that records ownership of a digital item, such as an image, video or text, on blockchain. While anyone can view or download it, only the buyer can claim ownership.

Some NFT enthusiasts see them as collectibles with intrinsic value because of their cultural significance, while others treat them as an investment, speculating on rising prices.

The Knesset presented Isaac Herzog with the NFT ahead of his inauguration as Israel's 11th president on Wednesday. 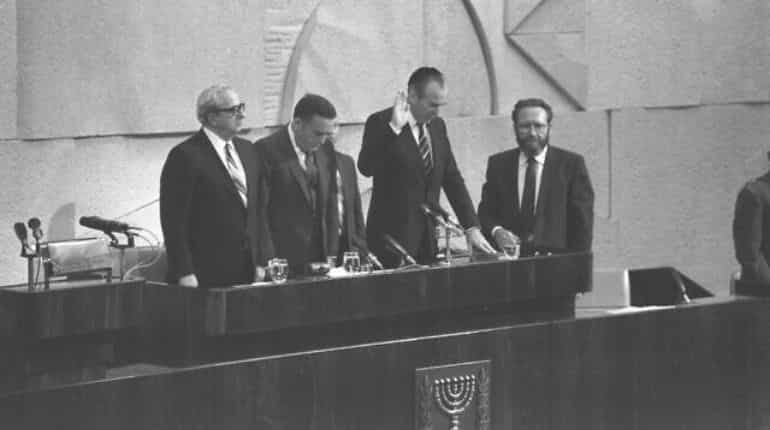 In picture:Chaim Herzog takes the presidential oath of office at the Knesset, 5 May, 1983

The parliament said in a statement that Herzog was ''visibly moved by the gesture.''

''Based on the global success of NFT, it is possible that the file lent to the President's house on a secure and encrypted mobile device is already worth millions of dollars,'' the Knesset said in a statement.

First elected to parliament in 2003, Herzog led the left-wing Labour party and held several portfolios in coalition governments. His most recent public post was as head of the Jewish Agency for Israel, which encourages immigration.

Defeated by former premier Benjamin Netanyahu in a 2015 election, Herzog was elected president by parliament in June just days before Netanyahu was toppled by a cross-partisan alliance led by new Prime Minister Naftali Bennett.