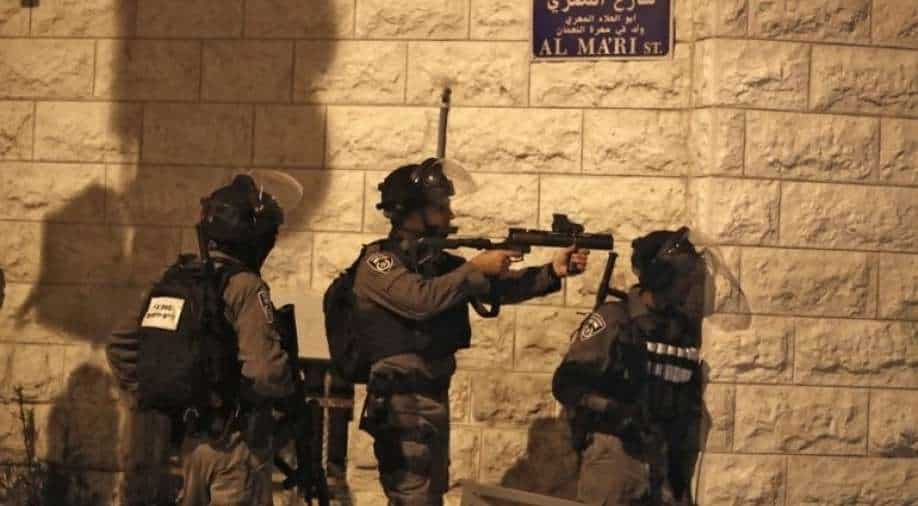 Zakaria Hamayel was struck by a bullet to the chest in the village of Beita, south of Nablus, during a protest against Israeli settlement expansion on Palestinian land.

Zakaria Hamayel was struck by a bullet to the chest in the village of Beita, south of Nablus, during a protest against Israeli settlement expansion on Palestinian land, the ministry said.

Tensions remain high in the region despite a ceasefire reached last week between Israel and the Palestinian militant group Hamas in Gaza that ended 11 days of fighting.

A few hundred Palestinians had gathered near Nablus in the northern West Bank to protest against Israeli settlements.

The Israeli military said there had been "a violent riot" at the scene with Palestinians setting fires, burning tyres and hurling rocks at troops, who then "responded with riot dispersal means".

"We are aware of reports regarding a killed Palestinian. The cause of the injury is still unknown. The incident is being examined," a military spokeswoman said.

Israeli forces have been carrying out arrests across the West Bank following violence that erupted around the 11-day conflict between Israel and Gaza's Islamist rulers Hamas that broke out on May 10 and ended with an Egyptian-brokered truce last week.

Israeli air strikes and artillery fire on Gaza killed 254 Palestinians including 66 children and some fighters from May 10, the Gaza authorities says.

Rocket and other fire from Gaza claimed 12 lives in Israel, including one child, an Arab-Israeli teenager, and an Israeli soldier, medics say.

The Israeli bombardment of Gaza has ravaged homes and businesses as well as key power and water networks in the already impoverished enclave, which has been under Israeli blockade since 2007.

Some 258 buildings, comprising 1,042 housing and commercial units, have been completely destroyed, authorities in Gaza say, while the United Nations says at least 6,000 people have been made homeless.

The compound sits atop the Old City plateau known to Muslims as al-Haram al-Sharif, or The Noble Sanctuary, and to Jews as Temple Mount. It is the most sensitive site in the Israeli-Palestinian conflict.

The West Bank has been occupied since 1967, when the Israeli army captured it along with the Gaza Strip in the so-called Six-Day War.