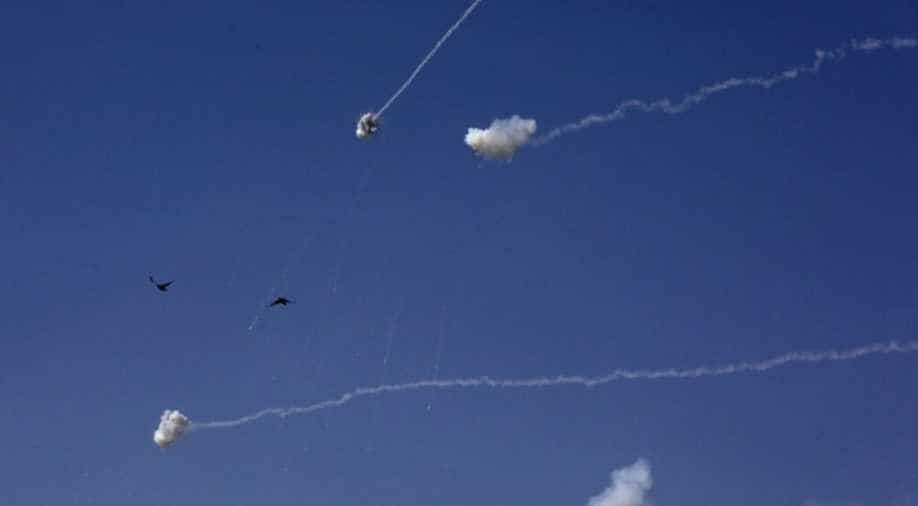 A file photo of an Israeli air strike in Gaza. Photograph:( AFP )

Israel has launched airstrikes on Gaza early on Wednesday morning saying it is targetting rocket-launching squads and militant sites.

Israeli Prime Minister Benjamin Netanyahu said on Wednesday that Islamic Jihad militants in Gaza must stop rocket attacks or "absorb more and more blows" as an escalation of violence raged for a second day.

"They have one choice, to stop these attacks or absorb more and more blows. Their choice," Netanyahu said at the start of a cabinet meeting, adding that Israel was not seeking a further escalation, news agency AFP reported.

Two more Palestinians were killed on Wednesday in an Israeli strike in the Gaza Strip, bringing the death toll to 18.

Israel has launched airstrikes on Gaza early on Wednesday morning saying it is targetting rocket-launching squads and militant sites.

Israel's strikes occurred after it killed a top Palestinian militant Baha Abu Al-Atta in Gaza belonging to Islamic Jihad early Tuesday leading to a tit-for-tat rocket attack by militants from across the border.

Netanyahu earlier said Al-Atta was a "ticking bomb," responsible for cross-border rocket, drone and sniper attacks. Al-Atta, 42, and his wife were killed in the pre-dawn Israeli strike.

However, it appeared that Hamas, the main militant group that rules Gaza, was staying out of the fighting for now.

According to a report by Reuters, a UN Middle East envoy was on his way to Cairo to begin mediation to end the violence.