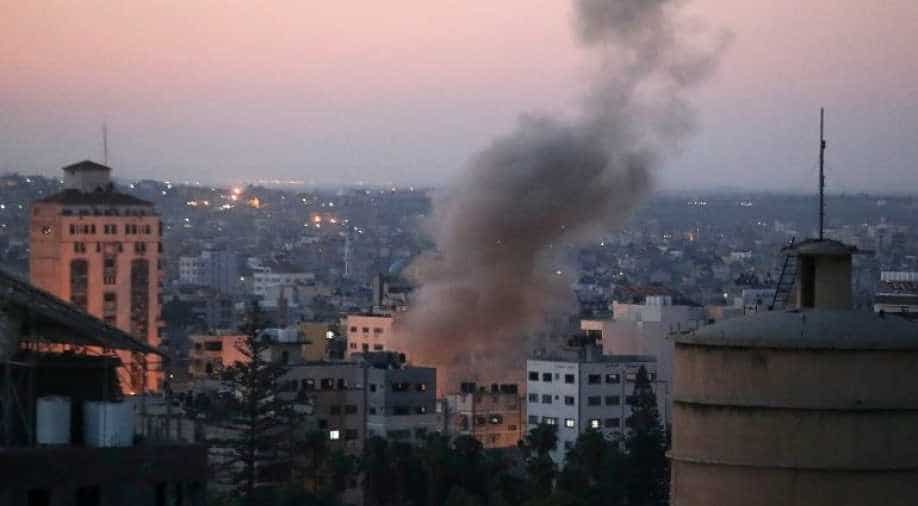 Israel killed a top commander from the Iranian-backed Palestinian militant group Islamic Jihad in a rare targeted strike in the Gaza Strip on Tuesday, while militants responded by firing rockets at Israeli cities, including Tel Aviv.

In the most serious escalation in months, an Israeli missile attack also targeted the home of an Islamic Jihad official in Damascus, killing two people including one of his sons, Syrian state media said.

Islamic Jihad said the target was the home of political leader Akram Al-Ajouri.

Hours later, sirens sounded in central Israeli cities, including the commercial capital of Tel Aviv the military and witnesses said, warning of possible rocket launches from the Gaza Strip.

Israel's home-front command ordered schools shut across southern and central Israel, and instructed civilians to stay at home and not go into work unless it was vital and public shelters were opened.

There were no immediate reports of casualties. Israeli media reported that some of the rockets were intercepted.

The slaying of Baha Abu Al-Atta in his Gaza home looked likely to pose a new challenge for Gaza's ruling Hamas faction, which has mostly tried to maintain a truce with Israel since a 2014 war.

Israel said Al-Atta had carried out a series of cross-border attacks and was planning more.

Al-Atta's wife was also killed in the blast that ripped through the building in Gaza City's Shejaia district before dawn, Islamic Jihad said. Two people were wounded.

Shortly after, Palestinian militants launched a salvo of rockets into Israel, setting off sirens as far as its port city of Ashdod, about 20 km (12.5 miles) away, witnesses said.

Video circulated on social media, which Reuters could not immediately verify, showed mid-air rocket interceptions by Israel's Iron Dome air defence system. There was no word of casualties or damage. Police closed roads on the Gaza outskirts as a precaution.

In a statement, the Israeli military said Netanyahu had authorised the operation against Al-Atta, blaming him for recent rocket, drone and sniper attacks against Israel, and attempted infiltrations into the country.

"Abu Al-Atta was responsible for most of the Palestinian Islamic Jihad's activity in the Gaza Strip and was a ticking bomb," the statement said, accusing Al-Atta of planning "imminent terror attacks through various means".

An Islamic Jihad statement confirmed the death of Al-Atta, who it said had been in the midst of "heroic jihadist action".

"Our inevitable retaliation will rock the Zionist entity," the statement said, referring to Israel.

Separately, Hamas said Israel "bears full responsibility for all consequences of this escalation" and pledged that Al-Atta's death "will not go unpunished".

Syrian state media said the Israeli attack in Damascus had been carried out using several missiles, one of which was shot down over the nearby suburb of Daraya.

At the scene of the, a Reuters witness said the top floor of a two-storey building had been completely scorched.

A neighbour said he had been woken up at around (0200 GMT) 4 a.m. by three consecutive explosions that had blown open the doors in his house.

Syrian state media said six people were wounded in the attack, describing the target as a civilian home in Mezzah, a western district of the capital where several foreign embassies are located.

In recent years, Israel has carried out hundreds of strikes in Syria against regional arch foe Iran and the Lebanese Hezbollah group, which it calls the biggest threat to its borders.