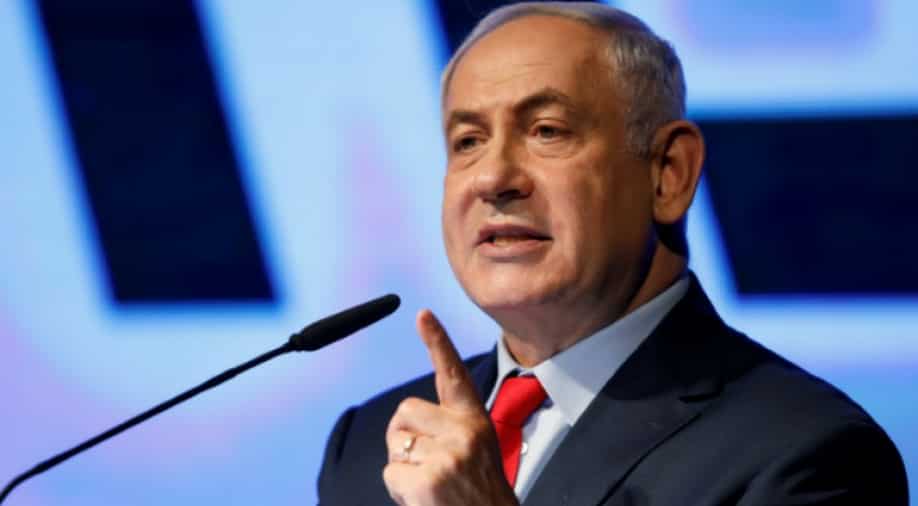 The dispute comes as Netanyahu faces a possible indictment on bribery charges in the coming months.

Polls suggest he could remain prime minister and his Likud party could win the most seats in fresh elections despite police investigations into his affairs.

Victory could bolster his political standing ahead of the attorney general's decision on indictments.

Netanyahu has said he wants his coalition to last its entire term, which expires in November 2019 -- something he repeated on Sunday.

But others in his right-wing coalition suggested he had other motives.

The coalition is at loggerheads over legislation that would exempt young ultra-Orthodox men from military service, a dispute that has threatened to pull the government apart.

"Over the past week we've baked a good solution for the draft crisis. I can say that there's no draft crisis. It's a fake crisis," Education Minister Naftali Bennett, head of the Jewish Home party, told reporters ahead of Sunday's cabinet meeting.

He added that "it could be that there's someone who for personal reasons wants to generate a crisis and lead the state to elections... In the end it's all up to one person who has to decide whether he wants elections or not, and that's the prime minister."

Yaakov Margi of the ultra-Orthodox Shas party implied that compromises had been made to allow for a resolution, saying that "the feeling is that the prime minister has fallen in love with this fake crisis."

"Once the heads of the ultra-Orthodox parties announced they'd agree to a solution, the draft crisis was solved," he wrote on Twitter.

"All the rest is a fake crisis."

The ultra-Orthodox parties are refusing to approve the state budget unless the conscription bill passes.

The bill is bitterly opposed by Defence Minister Avigdor Lieberman.

Netanyahu met with leaders of the ultra-Orthodox parties Saturday night, after which he said they were working on a draft for the bill that would meet legal and political demands.

Speaking with Likud ministers ahead of the Sunday cabinet meeting, Netanyahu said they were "working for a stable government that would work until the end of its term in November 2019."

"In order for that to happen, all the parties need to reach agreements and decide to continue together," he said, implying that he was not the cause of the dispute.

A spokesman for Litzman said on Sunday that there were currently discussions among all relevant parties over the wording of the conscription bill.