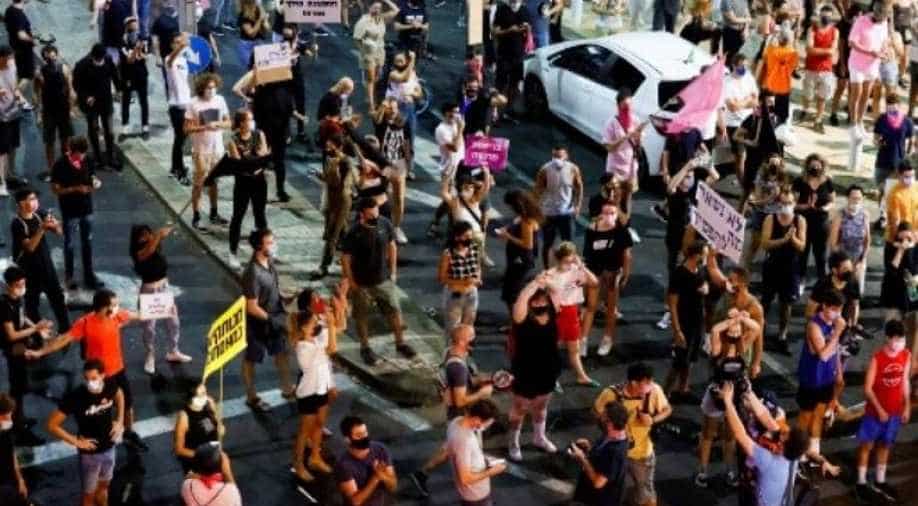 Israelis are continuing anti-lockdown protests and are opposing the way the Prime Minister Benjamin Netanyahu has handled the pandemic.

Several protests were observed in Tel Aviv on Saturday where the protestors were spotted wearing face masks, but the local police claimed the participants were intentionally flouting all social distancing rules.

The locals are angry that the government has initiated another lockdown without any financial aid for those running their own businesses, which is negatively affecting them. The police has not stated an estimate number of the participants of these protests.

These protests have come after the Parliament imposed a law that restricts the number of participants in a public agthering/protest. While the Parliament and the government claims it is to help contain the spread of the novel coronavirus, locals feels it is yet another way to silence all voices against Netanyahu.

This blowout of protests amplified after the Tourism Minister Asaf Zamir quit the coalition government and alleged the Prime Minister of being more concerned about his ongoing corruption trial, rather than saving his people from the ongoing pandemic.

"I am not willing to put up for another minute with a reality in which the right to demonstrate is restricted," he wrote. "Therefore I must follow my conscience."

While the party leader Benny Gantz found an immediate replacement for Zamir, he also stated that him and his colleagues "joined the government to rein in the coronavirus, not to curb democracy or the rule of law."

While the Jerusalem media claimed that nearly 2,000 people protested outside the PM's official residence, the police has not issued any statement on the number of participants or arrests made. They have just claimed to have arrested "hundreds" of participants for flouting the social distancing rules.

With over 260,000 coronavirus infections confirmed so far and over 1,600 deaths in a population of nine million, Israel currently has the world's highest weekly infection rate per capita.