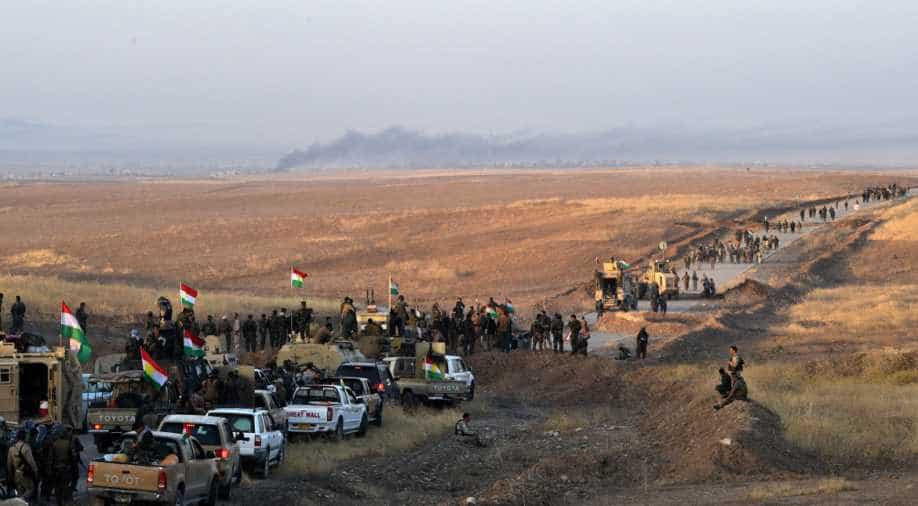 Iraqi forces, with air and ground support from a US-led coalition, launched an offensive on October 17 to retake Mosul. Photograph:( Getty )

Islamic State has been using drones to attack Iraqi troops advancing on the northern city of Mosul, the militant group's last major urban stronghold in country, the military said on Thursday.

Iraqi forces, with air and ground support from a US-led coalition, launched an offensive on October 17 to retake Mosul in the most complex campaign in Iraq since the US-led 2003 invasion that toppled Saddam Hussein. Troops have been fighting inside eastern Mosul since the start of the month.

Army officers showed journalists several drones looking like model aircraft which they said the group had built to scout out targets or launch attacks.

"These drones were found in one of the houses (retaken by the army)," Lieutenant General Abdul Wahab al-Saidi of Iraq's US-trained Counter Terrorism Service told reporters at a military headquarters in a Mosul suburb.

"Islamic State uses drones for surveillance and sometimes it attaches explosives to them and uses to target commanders or headquarters," he said. He did not say whether the drone attacks had been successful.

Another officer said the drones had a range of one-and-a-half miles.

The Iraqi military estimates there are 5,000 to 6,000 insurgents in Mosul facing a 100,000-strong coalition of Iraqi government units, Kurdish peshmerga and Shi'ite militias.

Iraqi troops have faced fierce resistance from militants in the city who are moving around the city through tunnels, driving suicide car bombs into advancing soldiers and hitting them with sniper and mortar fire.