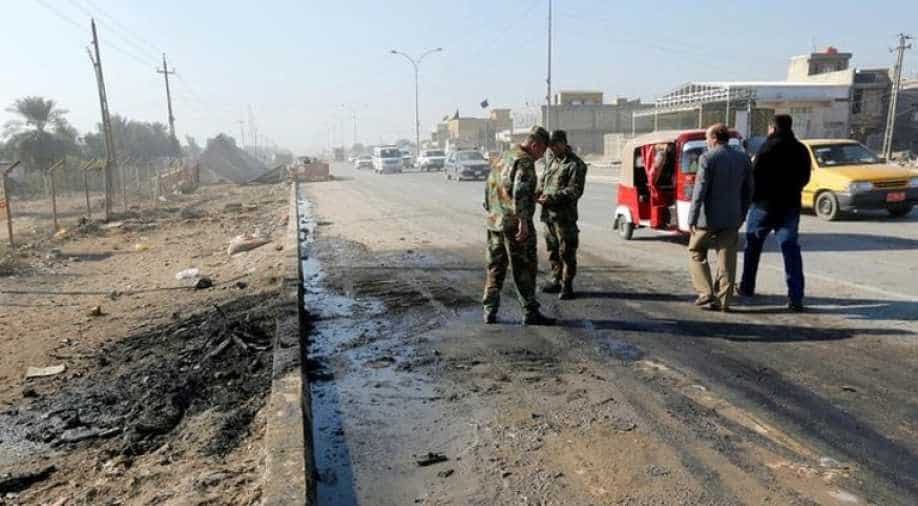 The Islamic State (IS) claimed responsibility for two car bomb explosion in Baghdad on Thursday. Police and medical sources say 14 people died and at least 15 were injured.

The explosive devices were placed in cars parked on the side of the road. In an online statement released by the IS, the attack was targeted at the city's Shia community.

This new attack is part of a growing wave of violence that has hit Iraq's capital city since 2016. The Islamic State is carrying on several attacks in retaliation to the war the country is fighting against them alongside the US-led coalition.

It is an effective, deadly and unpredictable strategy as more than 60 people have been killed in Baghdad over the past week alone. In 2016, IS' attacks killed more than 600 people in Baghdad and injured nearly a thousand.

The worst bombing happened in July last year, when shortly after midnight a truck exploded in the mainly Shia district of Karrada. The area was busy with families shopping and eating at the end of a long day of Ramzan. More than 300 people died and hundreds were injured.

The aggressive upsurge comes after a year of heavy losses the Islamic State faced in West Asia.

In Iraq IS remains in control of the sole western part of Mosul, once their stronghold and de facto capital. The battle to retake the city is ongoing; the Iraqi army is fighting an urban guerrilla warfare which has resulted in heavy casualties, but the Islamic State is almost completely isolated and is unlikely hold Mosul for very long.

The Islamic State has been deprived of all the oil fields it used to control in Iraq, a major blow to its finances which has severely dented its military capabilities. In an interview released to WION, Iraqi Major General Najim Abdullah al-Jubouri, commander of the Niniveh operation, said that the IS funded many of its activities, even in neighbouring countries, by selling Iraqi oil.

The terrorist organisation is stronger in Syria, but it is suffering daily defeats due to a successful on-the-ground advance by Arabs and Kurds fighting within the ranks of the Syrian Democratic Forces (SDF). The US has been providing air support aimed at retaking the city of Raqqa, the self-proclaimed capital of the caliphate. Turkish troops and Ankara-backed armed groups have been involved in the campaign for the last six months.

The anti-Islamic State offensive in Syria is still at the initial stage and it will probably take several months before the city of Raqqa can be directly attacked.

Islamic State terrorism has morphed from an Iraqi and Syrian 'problem' into a global security menace. Turkey has recently become the prime target for elements inspired by the group's propaganda. Many of the terrorist acts carried out in Europe and Asia have been the brainchildren of 'lone wolves' or small groups, radical elements who have been inspired by carefully manipulated IS video propaganda, responsible for carrying out deadly attacks across Europe recently.

Islamic state may resort to sudden attacks as twin strategy to not only survive but also to spread terror. The organisation is under attack in its strongholds and the only way it can hit the enemy is a possible surprise attack, not only in Iraq & Syria but anywhere in Europe. This will primarily 'divert' the focal point of the conflict and will force the enemy to divide its forces giving it much-needed breathing space in its war in West Asia.