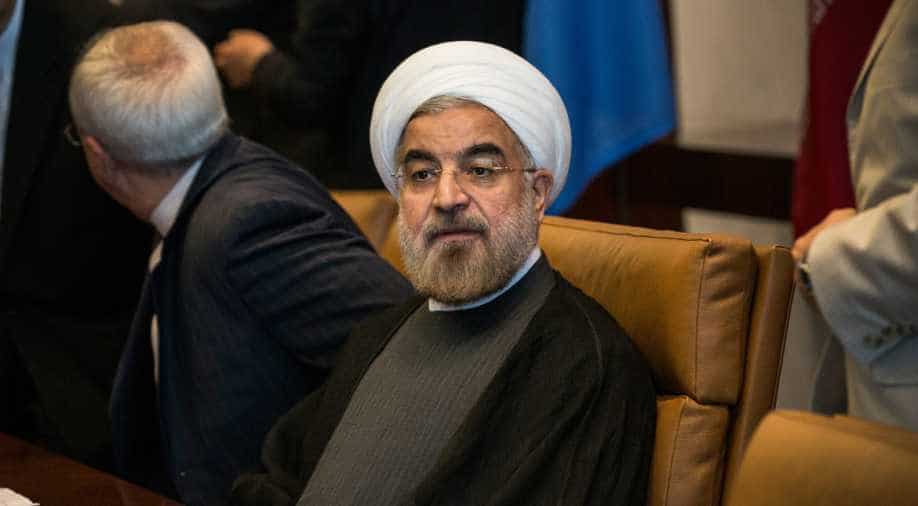 The 2015 nuclear agreement came after years of stand-off between Western nations, which accused Iran of trying to develop nuclear weapons, while Tehran maintained its nuclear programme was for energy only. Photograph:(Getty)
Follow Us

Iran today said that Congress's decision to renew US sanctions for 10 years was a violation of last year's nuclear agreement and promised an "appropriate" response.

"As repeatedly stated by high-ranking Iranian officials, the recent bill passed by the House of Representatives and the Senate to renew sanctions against Iran is against the (nuclear deal)," foreign ministry spokesman Bahram Ghasemi said.

"Iran has proved that it sticks to its international agreements but it also has appropriate responses for all situations."

President Barack Obama is expected to sign the measure, a White House official said, adding that the administration does not believe the extension violates the nuclear deal.

The legislation does not directly address the nuclear pact. But some say the restrictions in the bill go against the spirit of the agreement, under which Tehran curbed its nuclear programme in exchange for sanctions relief from the United States and other nations.

The bill includes penalties against Iran's banking sector, as well as its energy and defence industries.

Senate Democrats Dianne Feinstein and Tim Kaine, who both backed the nuclear deal, said that while the president was currently waiving some sanctions as part of the agreement, "sanctions legislation must remain in place to allow an immediate snap-back" in the event of any violation by Iran.

The head of Iran's Atomic Energy Organisation, Ali Akbar Salehi, said the US sanctions legislation "does exist but its effect has been currently neutralised by the US president".

"If it becomes operational again, it's a clear violation," he told state television.

Supreme leader Ayatollah Ali Khamenei said last month that he considered the sanctions bill a breach of the nuclear deal and warned Iran would "react against it".

US President-elect Donald Trump heavily criticised the pact as he campaigned for the White House over the past year. Several fellow Republicans have called for its termination.