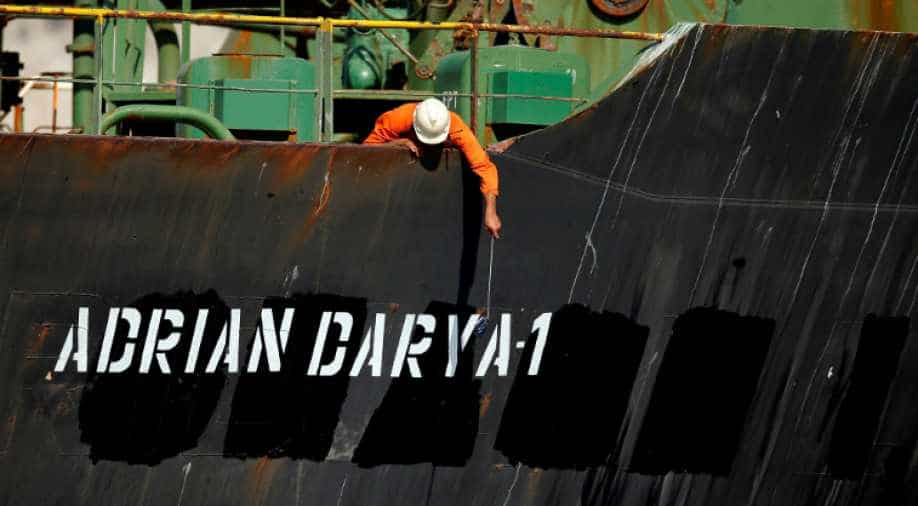 Carrying two million barrels of oil, the Adrian Darya was released from detention off Gibraltar in mid-August after a five-week standoff over

An Iranian tanker at the centre of a confrontation between Washington and Tehran changed course again on Friday and was heading back to Turkey, shipping data showed.

It is the third time the ship has changed destination in the last ten days. Iskenderun is roughly 200 km north of the Baniyas refinery in Syria - the suspected original destination of the tanker.

Carrying two million barrels of oil, the Adrian Darya was released from detention off Gibraltar in mid-August after a five-week standoff over whether it was carrying Iranian oil to Syria in violation of European Union sanctions.

The US, which says the tanker is controlled by the Iranian Revolutionary Guards it considers a terrorist group, has warned countries in the region not to assist the vessel.

An Iranian government spokesman was quoted on Monday as saying Iran had sold the oil aboard the tanker and that the vessel's owner, whose identity he did not disclose, would decide its destination.

After its release, it stated that its destination was the Greek port of Kalamata, then Turkey's Mersin. On Thursday, it abruptly changed course, making almost a U-turn away from the Turkish coast.

While west of Cyprus on Friday morning, it did a similar manouevre, doubling back on itself.
--