Iran says it will continue missile tests after US allegation 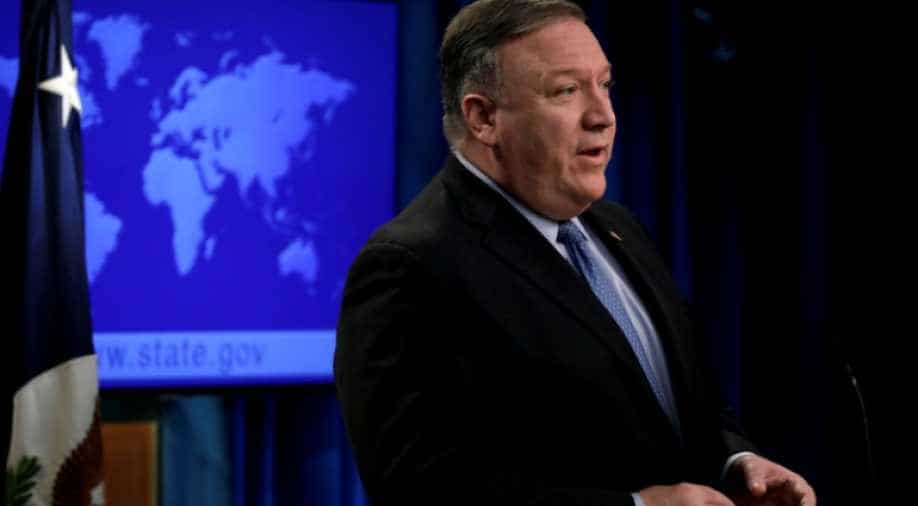 Mike Pompeo condemned what he called Iran's testing of a medium-range ballistic missile in violation of the 2015 international agreement on the Iranian nuclear programme, from which Washington has withdrawn.

Iran said on Sunday it would continue missile tests to build up its defences and denied this was in breach of UN resolutions following US allegations that Tehran had tested a new missile capable of carrying multiple warheads.

"Missile tests...are carried out for defence and the country's deterrence, and we will continue this," Brigadier- General Abolfazl Shekarchi, spokesman for Iran's armed forces, was quoted as saying by the semi-official Tasnim news agency.

"We will continue to both develop and test missiles. This is outside the framework of (nuclear) negotiations and part of our national security, for which we will not ask any country's permission," Shekarchi said.

He did not confirm or deny Iran had tested a new missile.

UN Resolution 2231 enshrined Iran's 2015 nuclear deal with Britain, China, France, Germany, Russia and the United States in which Tehran curbed its disputed uranium enrichment programme in exchange for an end to international sanctions.

The resolution says Iran is "called upon" to refrain for up to eight years from work on ballistic missiles designed to deliver nuclear weapons.

Iran has repeatedly said its missile programme is purely defensive and denied that its missiles are capable of being tipped with nuclear warheads, or that it has any intent of developing nuclear weapons through uranium enrichment.

Qasemi, addressing Pompeo, said: "It is...ironic that you cite a resolution that you have not only breached through your unilateral and unlawful withdrawal form the accord, but that you also encourage others to breach, or even threaten to punish and sanction them if they carry it out."

In May, President Donald Trump pulled Washington out of the nuclear deal, approved before he took office, and reimposed sanctions on Tehran. Trump said the deal was flawed as it did not include curbs on Iran's development of ballistic missiles or its support for armed proxies in Syria, Yemen, Lebanon and Iraq.

"US (is) proliferating advanced weapons to extremists incl Al Qaeda & ISIS (Islamic State)," Zarif said on Twitter, referring to a British newspaper report that said many arms supplied by Britain and the United States had ended up in the hands of militias fighting in the Yemen war.

British Foreign Secretary Jeremy Hunt said on Twitter that he was deeply concerned by "Iran's test-firing of a medium-range ballistic missile. Provocative, threatening and inconsistent with UNSCR 2231".